Keep the Sticks and Stones Away From O'Reilly | PR Watch

Keep the Sticks and Stones Away From O'Reilly 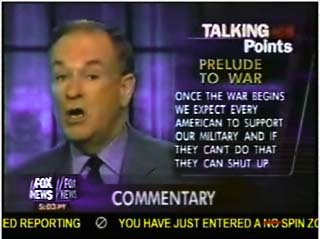 "Using analysis techniques first developed in the 1930s by the Institute for Propaganda Analysis," Indiana University media researchers analyzed six months' worth of Bill O'Reilly's "Talking Points Memo" editorials, which are aired on his TV show on Fox, posted on his website and printed in newspaper columns. The researchers found that O'Reilly "employed six of the seven propaganda devices nearly 13 times each minute in his editorials." The seven propaganda techniques are name-calling, glittering generalities, card stacking, bandwagon, plain folks, transfer, and testimonials. O'Reilly "called a person or a group a derogatory name once every 6.8 seconds, on average, or nearly nine times every minute," according to the University's press release. Not surprisingly, "the people and groups most frequently labeled bad were the political left," along with illegal aliens, criminals and terrorists. "He's not very subtle," journalism professor Mike Conway said of O'Reilly.

Who didn't know that O'Reilly and basically all of Fox News was extremely biased?

I make music at www.penanonymous.com
I offend people at www.chipmonkownsyou.com