The Long War Is Over | PR Watch

The Long War Is Over 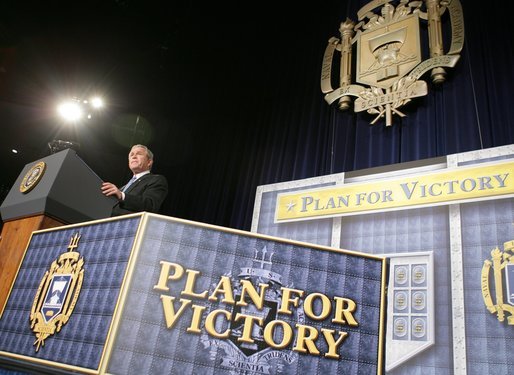 The term "Long War" has been used by the Bush administration to steel the U.S. public for a protracted War on Terror. The war might be around for a while, but the phrase won't, at least not at U.S. Central Command. Originally used by Gen. John P. Abizaid, his successor, Adm. William J. Fallon "quietly retired the phrase," according to journalist Michael R. Gordon. The change "is a product of our ongoing effort to use language that describes the conflict for our Western audience while understanding the cultural implications of how that language is construed in the Middle East," Lt. Col. Matthew McLaughlin, a spokesman for the command, said in an e-mail message. "The idea that we are going to be involved in a 'Long War,' at the current level of operations, is not likely and unhelpful." Whether the White House will follow the lead of Central Command is not sure. Gordon writes that a White House official, who declined to be identified, said, "This is a generational war, and we are going to be in it a long time. Nobody I have heard around here is talking about dropping it."

This actually made me laugh, particularly the comment about the cultural implication of what we say on the Middle East. Yes, Iraqis have access to American journalism and when we say things like "fighting the terrorists in Iraq so that they don't come here" it makes us look like giant assholes. Congratulations to the administration on a very minor step forward.

I make music at www.penanonymous.com
I offend people at www.chipmonkownsyou.com