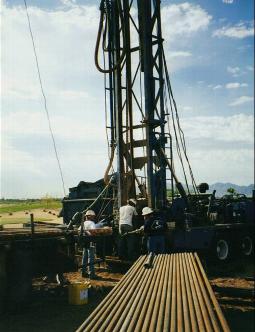 The Marcellus Shale lies are unraveling daily right before our eyes. T. Boone Pickens, for example, was on Jon Stewart's The Daily Show on Thurs. Jan. 27 to hype up the Pickens Plan. Yet, this is what the Pickens Plan will get us on a weekly, if not daily basis. The New York Times reports:

Drilling service companies have injected at least 32 million gallons of diesel fuel underground as part of a controversial drilling technique, a Democratic congressional investigation has found. Injecting diesel as part of hydraulic fracturing is supposed to be regulated by U.S. EPA. But an agency official told congressional investigators that EPA had assumed that the use of diesel had stopped seven years ago ...The letter said they had not been able to determine whether the diesel injections threatened groundwater. The service companies told Waxman's staff they did not know how close their frack jobs were to sources of drinking water, saying their clients, the well operators, would have that information. Of the total figure, 10 million gallons was 'straight diesel fuel,' according to the letter, while another 22 million gallons was products containing at least 30 percent diesel.