Telecoms Force Customers to Pay for Nothing | PR Watch

Telecoms Force Customers to Pay for Nothing 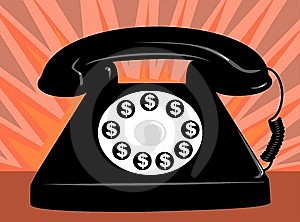 Time Warner Cable has figured how to make customers pay more for a "service" that consists of doing absolutely nothing: it doubled its fee to not print customers' names in the phone book. Time Warner now charges $1.99 a month, or almost $24 a year, for an unlisted number. Verizon charges $1.75 a month not to list your name in its phone book, and AT&T charges $1.25 a month not to provide the same service. Why charge a fee every month, when the request is made once, carried out with a few keystrokes, and then is done? Jim Gordon, a spokesman for Time Warner, says "It's a recurring service that you're provided throughout the month." This means Time Warner charges customers for a service that consists of doing nothing, and since they don't do anything month after month, they keep charging you for a "recurring service." Even worse, Time Warner doesn't even print its own phone book. It pays Sprint to compile its customers' names and numbers, and then give them to companies that do print directories. So Time Warner is charging people $1.99 a month not to be in a book they don't even produce. In 2009, a California State Senator introduced legislation to prohibit telecom companies from charging fees for unlisted numbers, arguing that it should not cost customers more to protect their privacy, but the legislator abandoned the bill after phone and cable companies lobbied against it.

Where I live, Yellowknife NWT, Canada, my cell phone provider, Bell Canada Mobility, charges me 75 cents a month for 411 service but we don't have 411 service. When a couple of customers launched a class action lawsuit, Bell removed the line item for the 411 charge from the bill and rolled it into its "network access" fee and still charges it. The lawsuit has recently been certified by the courts and will go ahead will all subscribers who've been charged for the nonexistent as part of the lawsuit

Yes, I totally agree . With my phone provider they charge me extra on calling some mobile numbers and they didn't mentions before when I sign 12 month contract with them. Stuck for 12 months with them. Not happy at all.

Simply specify what you want in the phone listing when starting the phone service... initials and no address works fine.

Still in Canada, we are charged $2.80 for touch-tone service every single month, even though the public phone network has been optimized for touch-tone service since the 1980's, meaning all of that infrastructure to move the majority of switches from rotary service alone to touch-tone was paid for 30 years ago. It's like being charged to receive a colour TV signal instead of black & white, though colour TV broadcasting has existed for over 50 years. Ironically, Bell has been threatening to disconnect rotary phone service for years, presumably because it costs them money to keep this service alive, since the vast majority of users opt for touch-tone!, but has been stymied because it would leave vulnerable users like the elderly, some businesses, and, presumably, those who do not want to pay the extra $2.80 for touch tone without landline phone service in their areas. We're so used to seeing the charge that no one even questions it. It's like the instructions on shampoo bottles from not long ago that routinely stated that you need to apply, rinse and REPEAT, for no good reason except to get people to use up the shampoo faster before buying more.