A New Twist on Cigarette Lawsuits 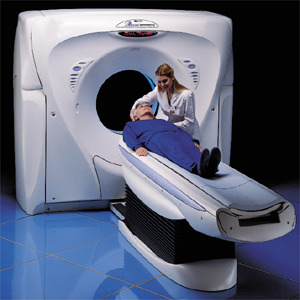 A Massachusetts judge has given the go-ahead to a new kind of tobacco class-action lawsuit being brought against Philip Morris, maker of Marlboro cigarettes. The suit is brought on behalf of Massachusetts smokers 50 years or older who have smoked at least one pack of Marlboro cigarettes a day for at least 20 years, and is asking Philip Morris to pay for routine, annual computerized tomography (CT) scans of their chests, to try and detect early-stage lung cancer. The scans typically cost between $400 and $500 a year, but many health insurance plans don't cover them. The case differs from past tobacco lawsuits because the plaintiffs (smokers) have no apparent symptoms of lung cancer, and are not seeking typical damages. Instead, the smokers are asking the company to pick up the cost of regular medical screenings to detect the early formation of lung cancer, which is one of the most difficult cancers to treat. About 87 percent of lung cancers are caused by smoking. The smokers claim that this type of monitoring can increase their likelihood of surviving cancer almost six fold. People with existing lung cancer, or those already under a doctor's care for suspected cancer, are not eligible to join the lawsuit. The case throws a new legal strategy at the tobacco industry, which typically has faced personal injury cases by individuals with existing lung cancer or other tobacco-related diseases. If the medical monitoring case is decided in favor of the plaintiffs, it could spawn dozens of similar suits across the country, according to Richard Daynard, a law professor at Northeastern University's Tobacco Products Liability Project.

Honestly when is this going to stop. I smoked for 15 years, and it was the hardest thing I have ever done to stop. But I did it without a handout. Nobody is forced to smoke, nobody should be forced to help those ill from smoking.

If you intentionally walked out in front of a Chevy and broke both legs, should Chevy be responsible for your medical bills? I think not.

But on the other hand Chevy doesn't advertise it's product as something to walk in front of. Cigarettes are after all the only legal product that if used as directed will kill you..But they don't advertise themselves as slow suicide and they should be forced to! It should say on a cigarette label...this product will addict and kill you in a slow and ugly way...period.

I feel as if I am being pulled in 2 separate directions on this story. First, I am glad to see that another lawsuit is being brought against the Tobacco companies, which produce the only known legal product that will kill you if used as directed.

On the other hand, I believe that the smokers are responsible for their own behavior and shouldn't have their tests paid for when there are no damages.

I too find this ridiculous. I used to smoke and decided to stop because I realized I am killing myself slowly. Cigarettes (and alcohol) are the only legal addictive drugs that can cause death. I see no reason why treating effects of using these substances should be paid for. If the government is genuinly worried about the health hazard, they should make it illegal!

I am 2 years through a 5 year posting to my companies USA office... I am from the UK. I have been shocked since being here, attorneys out here SEEK out new clients by encouraging people to sue eachother - Usually with the lure of potentially large amounts of money if you win...

Anyway, smoking is a CHOICE, if you make bad decisions - you should live with them - even if it kills you.

"...smoking is a CHOICE, if you make bad decisions - you should live with them - even if it kills you. "

And manufacturing and marketing a product that sickens and kills millions of people, generation after generation, when they use it as intended --- that's not a choice? That's not a bad decision? The people who keep on making and profiting from that decision shouldn't have to bear any consequences from it?

Maybe America has something to teach you after all.

Are these people still smoking? Or are they former smokers? I can maybe see making the tobaccos companies pay for testing if these people smoked in the past and quit when they learned the full extent of the damage that cigarettes can cause. But if they're still smoking, what good is a CT scan going to do anyway?

Hard to imagine, but true. And that may well give pause to some indivduals who might otherwise file a lawsuit against Philip Morris.

I think these companies really need to brace themselves for a long road ahead. We have known the effects of nicotene for decades but still they are thriving. They should try and get into a different industry and stop killing our friends and family.

smoke and ciggarate only talk about one important thing. Kill ourself slowly. No other task.