Stanford Historian Robert Proctor vs. R.J. Reynolds: A Lot on the Line 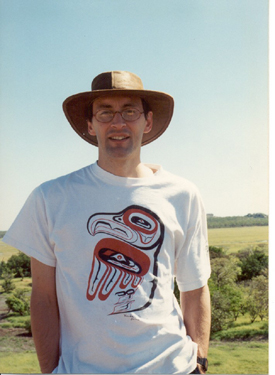 History is unkind to tobacco companies, and never more so than since a federal court in 2006 found the industry guilty of perpetrating 50 years of fraud and deceit upon the American people. It's a sordid history to live down, and maybe that's why R.J. Reynolds is harassing one of the few historians who has been willing to step up and testify in court about the real history of the tobacco industry's behavior: Professor Robert N. Proctor of Stanford University.

Dr. Proctor specializes in the history of 20th- and 21st-century scientific controversies, including the history of tobacco and "agnotology,", the study of the cultural production of ignorance and doubt -- a field familiar to tobacco companies. After all, Brown & Williamson wrote in a 1969 proposal that

Doubt is our product, since it is the best means of competing with the 'body of fact' [linking smoking with disease] that exists in the mind of the general public ... If we are successful in establishing a controversy at the public level, then there is an opportunity to put across the real facts about smoking
and health.

Philip Morris (PM) also realized the importance of fostering doubt and ignorance about tobacco's health hazards. In a 1990 think-piece about why the industry was losing the public relations war over tobacco, PM mused that,

The way out of our increasingly bleak dilemma is clear and realizable ... [We must] squarely face up to the health issues and demonstrate the genuine doubts, conflicts, ambiguities and contradictions that characterize the evidence against smoking.

We now know in retrospect, thanks to industry documents, that the tobacco industry is really two separate industries: one that we see, that makes and sells cigarettes, and the other we don't see, that has spent generations and an untold fortune trying to convince the world, against our collective better judgment, that smoking is a normal human behavior and should stay that way.

Tobacco companies hate Dr. Proctor because he helps draw a clear picture for juries about how the industry reacted when the hazards of smoking were revealed in the 1950s an onward. He has also evaluated how the history of smoking in the U.S. might have been different had the industry had responded honestly to evidence that its products cause disease. Dr. Proctor has even taken other medical historians to task for testifying in the industry's favor in lawsuits.

Big Tobacco has employed historians in the courtroom to help demonstrate how "everyone knew" about the dangers of smoking at any given point in time. More than 40 historians have testified for the industry, but only three have testified against. Dr. Proctor is one of those brave three. He has testified in 15 tobacco lawsuits since 1998, and now, in the latest suit, Koballa v. Philip Morris, et al, R.J. Reynolds is trying to stop him.

Stella Koballa is a rare lung cancer survivor who also suffers from emphysema. She and her family allege that tobacco companies concealed information about the hazards of smoking during the 1950s and 1960s, and purposely led people to disregard the health risks. A qualified historian like Dr. Proctor walks juries through the history of tobacco industry behavior, highlighting, for example, ad campaigns designed to reassure a frightened public that smoking was safe, like RJR's "More doctors smoke Camels" campaign, and showing them how cigarettes were marketed by claiming they had "health protection" qualities.

RJR has found a unique way to harass Dr. Proctor in this case: they are trying to force him to reveal the unedited manuscript of a book he is currently working on, tentatively titled "Golden Holocaust: A History of Global Tobacco." RJR is trying to subpoena the rough manuscript for the Koballa case. Proctor points out that RJR's attempt to grab the manuscript is an attack on his private work, an invasion of his privacy and infringes on his right to freely gather information. He points out that RJR's effort to get his notes and thoughts before they are compiled into a completed manuscript impairs his ability to conduct research, and -- most importantly for RJR and other tobacco companies -- will probably dissuade other historians from testifying against the industry.

The industry has a track record of intimidating researchers who work in tobacco policy-relevant areas, and has been known to use its legal and economic power to harass and frighten opponents. RJR in particular revealed its legal strategy of bleeding the other side's resources in the company's famous R.J. Reynolds Son-of-a-Bitch memo.

Doubtless RJR wants to scour Dr. Proctor's manuscript for any bit of information they can potentially use to embarrass him and ruin his credibility before juries. They could also use it to dig up information useful in embarrassing him in his cross-examination.

So far, Dr. Proctor has been forced to spend about $27,000 of his own money on legal fees to try and protect his work. The good news is that Stanford University filed an amicus brief supporting Dr. Proctor in resisting RJR's subpoena for his work, saying that forcing scholars to reveal unreviewed work can damage their reputations and deter others from serving as expert witnesses in legal cases.

Proctor's battle to protect his manuscript has broad implications for privacy, protection of academic work, and future court cases in which scholars, researchers and other experts are tapped to testify. As Dr. Proctor has pointed out, it is already difficult to find historians who are willing to testify against the industry. Now we can see why. It obviously takes courage to do so, and can lead to significant extra expense. That Dr. Proctor has had to spend so much of his own money to participate in this case is egregious.

This intimidation of Dr. Proctor, if the court allows it to continue, will only make the tobacco industry's path to win cases easier, and punish those who step up in court to tell the truth about this industry's past.

Mbeki, Duesberg, Farber, and others have been attacked as mass murderers, refused grants, interviews, publication, and debate by those who agree with the fraudulent orthodox view of the cause of AIDS. But they still live. Many thousands have been given poisonous drugs for which big pharma has reaped billions of dollars and have died of heart and liver failure and suffered other problems. It is still unclear how this will ever be resolved in such a conflicted environment.