Viral marketing strategist David Meerman Scott says he was surprised recently to discover that the U.S. Air Force has its own Twitter feed, staffed by Captain David Faggard, who holds the title of Chief of Emerging Technology at the Air Force Public Affairs Agency in the Pentagon.

Scott interviewed Faggard and reports that his team's "mission is to use current and developing Web 2.0 applications as a way to actively engage conversations between Airmen and the general public." Faggard says the focus is on "Direct Action within Social Media (blogging, counter-blogging, posting products to YouTube, etc.); Monitoring and Analysis of the Social Media landscape (relating to Air Force and Airmen); and policy and education (educating all Public Affairs practitioners and the bigger Air Force on Social Media)."

In addition to a Twitter feed, Scott reports that

Capt. Faggard writes The Official Blog of the U.S. Air Force; has pages on YouTube, MySpace 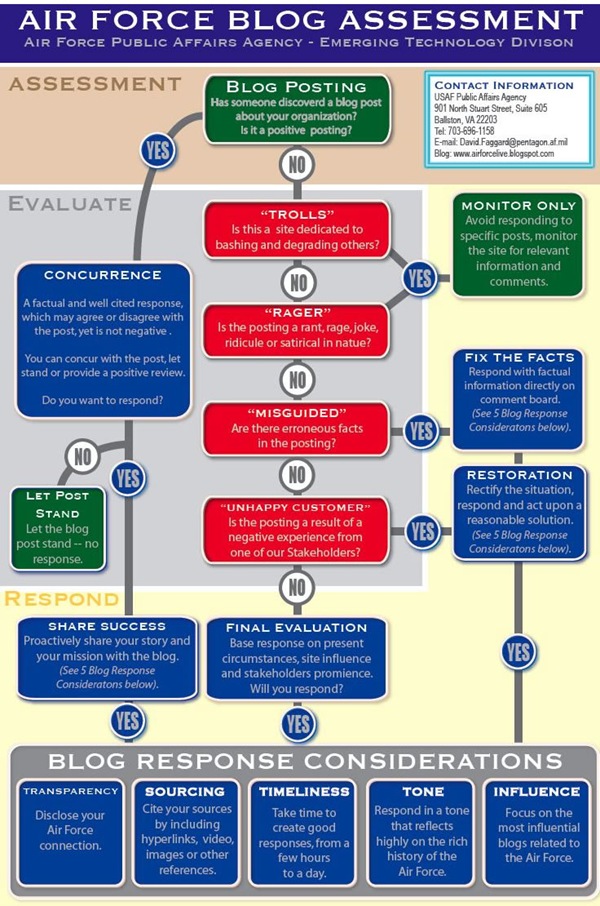 Just a few months ago, U.S. military analysts raised concerns that Twitter and other online social networking technologies could become terrorist tools. It appears they've decided that they can be useful for their own purposes as well.