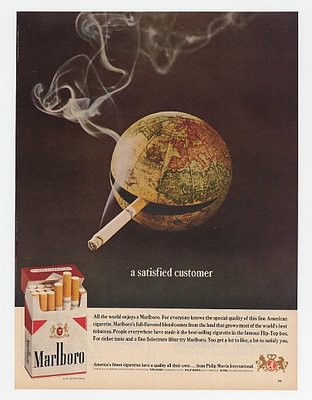 Tobacco companies are asking for the right to participate in global efforts to reduce nicotine addiction, claiming they are legitimate partners in efforts to limit the harmful effects of tobacco. But 160 countries disagreed. The talks occurred at a meeting of signatories to the Framework Convention on Tobacco Control, also known as the Global Tobacco Treaty, held in South Africa during the third week of November. The countries vowed to enforce the 2005 treaty -- the first coordinated, worldwide effort to reduce tobacco use -- to its fullest measure by preventing the tobacco industry from interfering in the creation and implementation of public health policies. Industry interference is seen as the number one obstacle to the health treaty's enforcement. The countries proclaimed that there is a "fundamental and irreconcilable conflict" between the interests of the tobacco industry and the cause of public health. Under the Bush administration, the United States has so far refused to ratify the treaty.