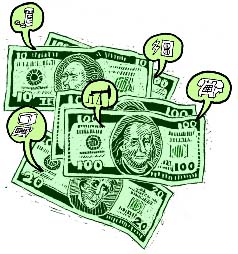 While the U.S. economy has been slowing, lobbyists have been making more than ever. According to the Center for Responsive Politics, "businesses, labor unions, governments and other interests spent a record $2.79 billion to lobby Washington in 2007, up 7.7 percent or $200 million in spending the year before." The automotive industry spent a new high of $70.3 million lobbying Congress in 2007; a 19.6% increase over 2006. The change was due in large part to efforts to oppose the enactment of higher fuel efficiency standards. General Motors was responsible for over $14 million in lobbying expenditures, while Ford spent $7.2 million, followed by Toyota with $5.9 million. But the auto industry was not the biggest spender. Trade groups like AARP and the Pharmaceutical Research and Manufacturers of America, or PhRMA, topped it. And GM came in fifth in spending by corporations, trailing General Electric, ExxonMobil, AT&T and Amgen. Center for Responsive Politics executive director Sheila Krumholz said, "At a time when our economy is contracting, Washington's lobbying industry has been expanding. Lobbying seems to be a recession-proof industry. In some respects, interests seek even more from our government when the economy slows."