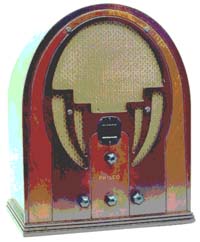 If you hear pro-Conservative Party callers to radio shows in Canada, their opinions "might not be as spontaneous as they sound," reports Alexander Panetta. "Some of those apparently ad-libbed musings are actually being choreographed at the Conservative Party of Canada's national headquarters. The governing party has produced talking points for grassroots supporters on a variety of issues, feeding them lines on everything from climate change to child care." Visitors to the ruling party's website enter their postal code, select a topic and it "spits out the times, phone numbers, and names of local talk shows to call -- along with a handy list of good things to say about the Conservatives and bad things to say about their opponents." The party's strict message discipline "has survived their two years in government: requests to speak publicly are routinely vetted by the Prime Minister's Office, scores of MPs will recite identical sound bites on any given topic, and the government often allows only one person to make public utterances on a given issue." Scripting radio calls goes even further, and has drawn objections from media professionals. "We want people to phone in and express their own opinions," said radio host Mark Sutcliffe. During a recent television show, "a caller appeared to be stumbling over a list of written notes. 'Are you reading from something?' the frustrated host interjected."