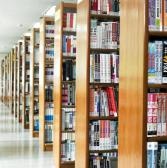 The Environmental Protection Agency began closing several of its libraries in 2006 due to a shrinking budget. But the agency did not take into account how access to important environmental data would be blocked for legislators, researchers and citizens. Out of its 26 repositories, the EPA "closed physical access to three regional office libraries in Chicago, Kansas City and Dallas, and to the headquarters library and the Chemical Library in Washington. Operating hours were reduced at libraries in Seattle, San Francisco, New York and Boston." In early 2007, further closures were halted due to Congressional concerns, and in December, Congress allocated $1 million to re-open the facilities and directed the EPA to do so. To date, none have been re-opened. The EPA says that they plan to digitize their collections to provide access online, but due to copyright and other concerns, only about 10 percent of the collection would be eligible for digital transfer. Rep. Bart Gordon of Tennessee said, "The agency's modernization effort is characterized by poor planning, failure to communicate with its employees, the public or Congress and failure to protect unique government assets. As a result, EPA library services are impaired, employees will have a harder time doing their jobs and the public has lost access to government information."