When Flacks Attack, We Bite Back | PR Watch

When Flacks Attack, We Bite Back

The Center for Media and Democracy has never been shy about criticizing the public relations industry. That's what we do, and we're proud of it. You'd think that this would give PR people second thoughts before sending us their drivel. Unfortunately, they can't seem to help themselves -- even when that means that they end up tipping us off to their own efforts at sneaking product placements into TV shows such as American Idol.

A few months ago my email address was apparently "discovered" by a bunch of PR flacks. On an almost daily basis now, I receive emails -- often with a large picture file that slows down my email download -- excitedly heralding the latest two-bit client contract won by some PR firm in which I have no interest, and whose information I have certainly never requested. At first I just deleted them, but since they have become more frequent -- and therefore, more annoying -- I have started responding to them with a request to be taken off their list.

The irony of PR firms sending us news releases hit a new high, or low, this week. I received an unsolicited, but also "embargoed" news release, containing more than five megabytes of photo attachments, from Jennifer Windrum of the Swanson Russell Associates PR firm. An embargoed press release is one that is sent out to media outlets before the sender actually wants it to be released to the public. The purpose is to generate media interest and solicit pre-interviews so that when the story is ready to break, reporters are lined up to cover the story. Of course, the premise relies on the recipient having an interest in honoring the embargo. Reporters will honor these sorts of requests if they want to avoid getting on the bad side of the sender so that they can keep receiving additional news releases in the future.

Unfortunately for Ms. Windrum, this incentive means nothing to us. I emphatically do not want to keep getting her emails, and neither I nor CMD has ever promised to honor an "embargo" on what is essentially unsolicited spam.

In the news release, which I am reproducing in its entirety below (minus Windrum's contact details), she boasts of her company's success in getting American Idol to feature a product placement involving a client, Claas LEXION, which manufactures combines that harvest agricultural crops.

Here are the details:

On Tuesday, January 29th during the American Idol Omaha auditions show, you will see a crop circle stretched across 5 acres that says, "Welcome to Omaha American Idol." Swanson Russell Associates created it and now it's American Idol's "Big Reveal." 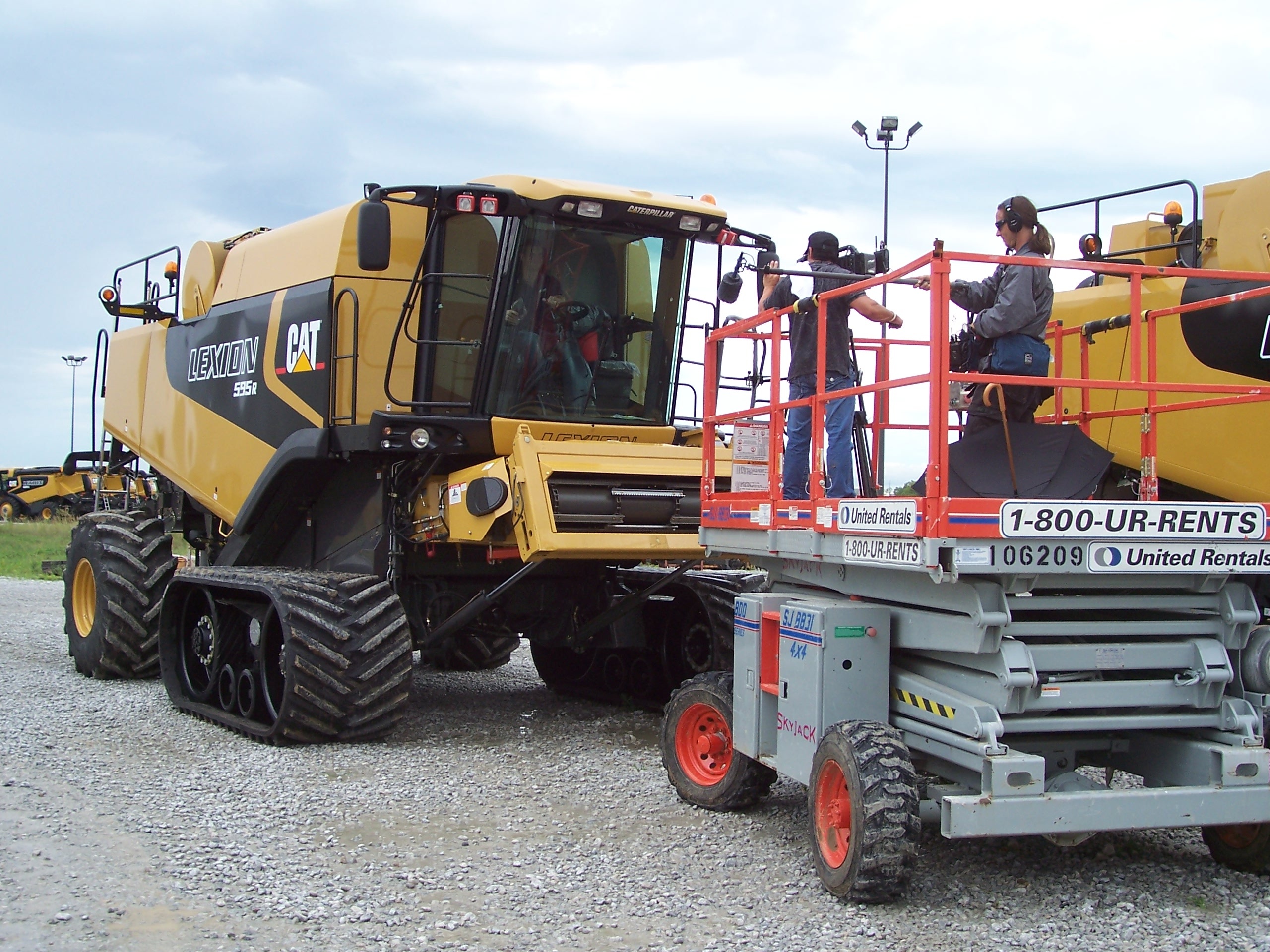 Claas LEXION Combine: We were able to get the attention of American Idol by leveraging a quote the senior producer made in the Omaha World-Herald about the show coming to Omaha and how, "Sure it would be fun to see Ryan Seacrest on a combine, but I want this to be about more than a bunch of combines." Our client, Claas LEXION, makes the world's largest combine. We came up with several creative ways to get the senior producer's attention and told him, if he wanted to get Ryan Seacrest on a combine, we could make it happen. He bit on that idea too. That's how our relationship with American Idol began. (Ryan is now not going to be on the combine, but we did get them to shoot b-roll of the combine, and chances are great it will make the show.)

SRA Escorts AI B-roll Crew Around Omaha: In addition, we were able to create the itinerary and escort the American Idol b-roll crew around Omaha to get their "Taste of the City" b-roll they needed for the Omaha show. American Idol's MO is usually to get in and out of town as quickly and quietly as possible. We brought good ideas to American Idol and offered to help in any way, so, as a result, we walked away with this wonderful and rare experience of getting to work with them in many aspects.

We chronicled everything on video and still photos and were able to interview the b-roll crew as well. The crop circle was actually going to be a project we executed on our own -- as an agency. We mentioned it to the senior producer during one of our phone calls and he said, "You've got to be kidding me. I'm a crop circle freak. If you guys can pull this off, I want it in my show." We pulled it off in two weeks.

Since all of this is embargoed until AFTER the show airs on January 29th (otherwise I'd send you photos, video clips, etc. now), I'm more than happy to do an interview beforehand or give you more information this week for your next issue. Thanks a bunch. Jen

Now, I know this is far from an earthshaking story. To be honest, I just got annoyed past the point of politeness. And hopefully, PR "pros" will learn to not send unsolicited emails -- especially embargoed information -- to PR industry watchdogs.