"I Shop. Therefore I Give." 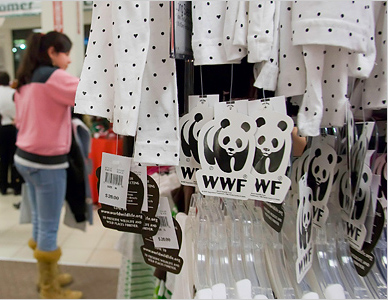 'Tis the season of gift giving, and of retailers trying to grab as much of their market share as they can. While encouraging consumerism and excessive consumption, sellers also seek to tap into nobler urges toward benevolence and charity at this time of year. But, as the New York Times editorializes, "people who feed their philanthropic urges by shopping should beware. This kind of fund-raising is largely unregulated, and the few state laws that exist are mostly unenforced. There's often no telling where the money goes. As The Times recently reported, several charities named in a holiday catalog from the upscale New York retailer Barneys -- including the World Wildlife Fund -- found out they were listed only when a reporter contacted them." This cause-related marketing, or what is also referred to as embedded giving, is not new, but continues to grow, without accompanying oversight or regulation. "A host of profit-seeking sites have sprung up online, with names like benevolink.com (slogan: I Shop. Therefore I Give.) and charitymall.com, offering to satisfy the giving spirit." But Senator Bob Menendez, Democrat of New Jersey, recently introduced a bill "that would require better notification to charities and their consent in any marketing. Buyers would have to be told how much of the item's price actually goes to the charity." The Times editorial board concludes, "For now, the old-fashioned, direct, tried and true route to charity seems best."