'Tis the Season of Exploitation 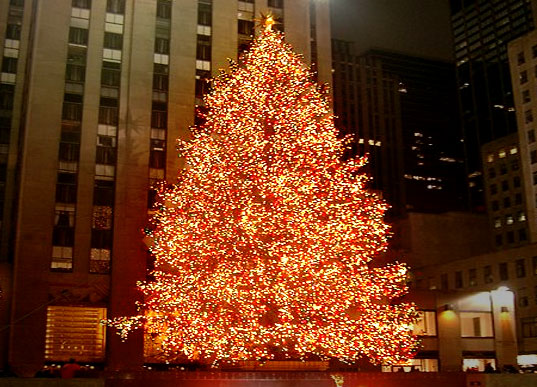 The National Labor Committee (NLC) has released a report on sweatshop conditions in China which pinpoints holiday items being made at Guangzhou Huanya Gift Ltd. Company for Wal-Mart, as well as for other U.S. companies, including Christmas House and Gerson Co. European clients of the factory include Christmas Elements (England), Santini Christmas (Italy), Miro (Spain), and Kugelkette (Germany). NLC director Charles Kernaghan released "A Wal-Mart Christmas Brought to You from a Sweatshop in China" in the shadow of the Christmas tree towering over Rockefeller Center in New York City. "Far from kindling the holiday spirit, the conditions under which the mostly young women workers in China produce goods for Wal-Mart are dehumanizing," the report said. Democratic Senator Byron Dorgan of North Dakota is now calling for trade regulation of items produced under improper work conditions. "There is nothing in the law that prohibits against imports of products made from sweatshop labor, and I think that needs to change," Dorgan said at a press conference. Dorgan added, "Chinese sweatshops now produce not only the toys under our Christmas trees, but even the ornaments that hang on those trees. It is completely against the spirit of Christmas to produce ornaments in sweatshop factories where the workers are physically abused and financially cheated. We need to get serious about keeping the products of foreign sweatshops off American shelves." Wal-Mart's spokesperson, Richard Coyle, stated that "As soon as Wal-Mart learned about the Christmas tree ornament report, we contacted the National Labor Committee and they have not returned our call. Now that we have a copy of their report, we have launched an immediate investigation." Wal-Mart is the world's largest retailer and the world's second-largest corporation in revenue, behind ExxonMobil.