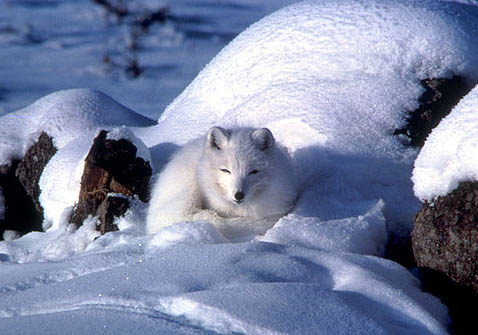 U.S. representatives "are trying to soften the message" of a climate change declaration to be issued at the June summit of the Group of Eight (G-8) industrial countries. G-8 draft documents obtained by the Washington Post show that the U.S. wants to delete a section pledging "to limit the global temperature rise this century to 3.6 degrees Fahrenheit" and "an agreement to reduce worldwide greenhouse gas emissions to 50 percent below 1990 levels by 2050." Warming more than 3.6 degrees could trigger mass extinctions and "accelerated melting of polar ice sheets," climate scientists warn. U.S. negotiators want to remove other language recognizing the United Nations as "the appropriate forum for negotiating future global action on climate change." Also on the U.S. hit list is a statement that "tackling climate change is an imperative, not a choice." Other G-8 leaders are likely to resist the U.S. edits. "German Chancellor Angela Merkel, along with outgoing British Prime Minister Tony Blair, has been pushing for a strong statement on climate change," and new French President Nicolas Sarkozy has said global warming is his "top priority."

Targets and timetables for carbon emission cuts are still out but a call for a major meeting in December to agree the way forward on global warming is back in the latest draft conclusions to be put to next month's G8 summit. ...

Many other paragraphs stressing the urgency of the climate crisis remain deleted in the latest draft.

Diplomats says the cuts were made by a group of countries led by the United States but including Canada and Japan.