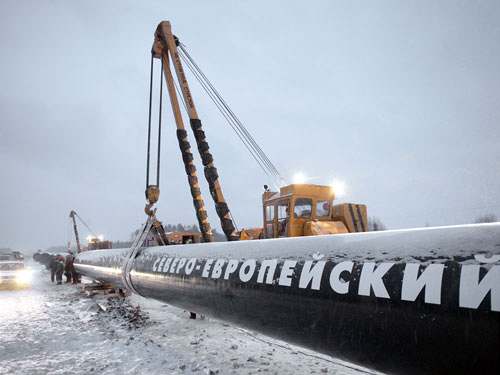 Gazprom, the Russian gas company that supplies approximately one quarter of Europe's gas needs, is planning a PR and lobbying campaign in Europe and the U.S. to improve its image, after it cut off gas supplies to the Ukraine in 2006 and Belarus in 2007. Kommersant reports that Gazprom Export, a subsidiary of Gazprom, is negotiating with a consortium comprising the PBN Company, Hill & Knowlton and the polling firm Penn, Schoen and Berland Associates for a three-year contract worth $11 million. "In the West, Gazprom is closely associated with the name of Russian President Vladimir Putin and his political circle. The company wants to position itself differently," an anonymous source said. The Kremlin is also considering another PR and lobbying campaign to boost its credibility in the West. Short-listed firms include Patton Boggs, Hogan & Hartson, Weber Shandwick, Burson Marsteller, Barbour Griffith & Rogers, Ruder Finn and Hill & Knowlton.