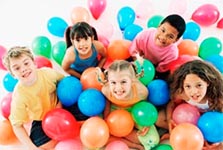 In June 2005, the state of Rhode Island agreed to drop DuPont from its lawsuit against former makers of lead paint. As part of the deal, which likely saved the chemical company billions, DuPont agreed to donate $9 million to the Children's Health Forum, for efforts geared to avoid childhood exposure to lead. Now the Associated Press reports that the Children's Health Forum was founded by a consultant hired by DuPont, "to help the company address childhood lead poisoning." It was initially incorporated as a lobbying group, but later became a nonprofit charity. Most of the money raised by the group has come from DuPont. Several board members have ties to DuPont; executive director Olivia Morgan works for the PR firm Dewey Square Group, which counts DuPont among its clients. Yet, the Children's Health Forum group claims to act independently of DuPont. Clean government activists are saying DuPont's settlement should have gone to the state.