I Wouldn't Kick Him Out of Embed | PR Watch

I Wouldn't Kick Him Out of Embed 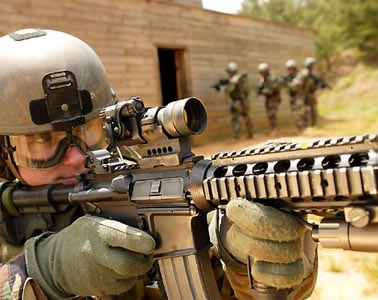 The U.S. Coalition Forces Land Component Command in Kuwait pulled the credentials of two embedded journalists from the Virginian-Pilot newspaper in Norfolk, Virginia, reportedly for publishing a picture of a bullet-ridden Humvee parked in a Kuwaiti camp. Military officials said the picture violated embed rules, although "the journalists had been escorted by military personnel to a compound where the vehicles were located." The president of the organization Military Reporters and Editors protested the decision. "Our job is not to be stooges of the administration or the Pentagon and be complicit in their attempt to manage the news," he said. "We are here to tell our readers about the war." The group plans to urge the Pentagon to review its embed rules next year.