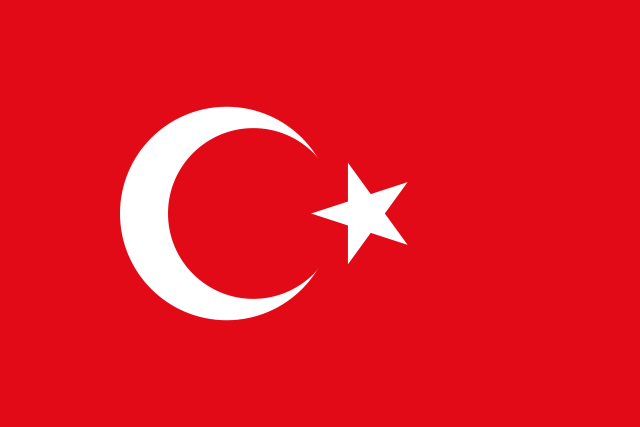 Sharon Higgins, the independent researcher and blogger who helped found Parents Across America, reported in the Washington Post this week that the largest charter school network in the United States is a Turkish religious sect that few Americans know about.

The Turkish newspaper Milliyet reported in 2010 that the Walton Family Foundation gave $1 million to Gülen's charter schools in California. Because of the loose and permissive charter school laws advocated by Sam Walton, the American Legislative Exchange Council (ALEC) and others throughout the last two decades, the United States is the only country where Gülen has been able to fully fund schools with taxpayer money. In all other nations, Gülen schools are what one would expect they would be: private religious schools.

The Gülen Movement is a secretive and controversial Turkish group that nonetheless has more than 135 schools in the United States -- often operated by Concept Schools or other companies -- and enrolls more than 45,000 students in at least 26 states. Concerns have been raised about Gülen's hiring, labor, business and admissions practices, political connections and curriculum. That has not stopped state governments and education commissioners from approving the company's applications to run charter schools.

Now I've heard everything. As a retired NYC teacher, I though the public school vs charter school debate was, in part, over unions & citywide tests. Federal funds earmarked for education going instead toward mini militia training centers under the guise of 'charter schools'. Maybe it's time to consider whether we've taken political correctness a bit too far.
If it was a "Christian" school, no one would have said a peep about it. There are many "Christian" schools over in Europe, does that mean they are 'Mini Militia Training Centers' too?? Racist.
The difference here is transparency my Gulencis Friends! You are good at slamming online boards and I give you about "c" in Media savvy. Christian schools are up front about the fact they are "Christian Schools" they do not hide behind the guise of "science or math" while promoting Turkishness and other subtle indoctrination of children worldwide. Additionally, they are private schools and don't accept governmental tax money as your charter schools that are operated and managed by known members of the Gulen Movement. Come clean so we can move on. Lastly, it is the Gulen Movement that is racist against non Turkish / Moslem Teachers. Many EEOC lawsuits against your schools. Shame on you. This organization which operates 130 charter schools in the United States has been violating the civil rights of American teachers and administrators for the past eleven years by blatantly ignoring federal age, nationality, and gender equal opportunity laws. Further, their practices have supplanted American jobs by bringing in H1-B visa holders instead of hiring qualified and available American teachers and administrators, and all the while using American tax dollars to do so. The American tax payers are not only losing jobs, but are also required to pay for H1-B visa fees and in many instances graduate degrees for the foreign teachers and administrators. With unemployment rates still at an all time high, let's ask our government officials why they are still allowing the influx of H1-B visa employees to take American jobs when the United States has a wealth of qualified and credentialed American teachers and administrators SIGN THE PETITION HERE: http://www.change.org/petitions/stop-the-discriminatory-practices-at-us-publicly-funded-charter-schools
I sent my child to a charter school 2years ago and guess what turkish or non turkish my child was discriminated by teachers, there were teachers who had worked at Wal-Mart as cashiers/sales staff, my biggest question was how they got to be teachers without a bachelors degree. I can't count the number of times my child came home crying saying why the teachers treated her differently my heart broke each time that happened. i advice every one do not send your children to charter schools co's they do not have educated teachers and no proper structure and very poor communication between parents /principal/teachers, thankfully my child is out of that school and doing well and happy in a regular state public school.
So, what's your point, if not to stir up some sh*t? If it was a right-wing religious "Christian" school, you would not have said a peep about it. Racists make me sick...
There are no publicly funded Christian schools in America, that I know of. How is the fear of having your children radically indoctrinated racist? Political fascists operating under the guise of "humanitarians" make me sick! Quit giving America away to her enemies!
Public funding for private schools in one subject, and an issue that this country needs to closely examine. A good place to start researching would be the highly-indebted poor countries bullied into structural readjustment since the 1980s. But that's not the focus of my comment. My primary concern here is the aggressive and distasteful tone used in this article. Dare I say racist, but that's what it feels like to me. "The Gülen Movement is a secretive and controversial Turkish group..." I recommend the author and readers do additional research to investigate the history, people, and actions of the The Gülen Movement before making any judgements. If you want a local example of the work the Gülen Movement movement is promoting, you don't have to look any further than the 2012 Peace and Dialogue Awards held at the Edgewater Hotel this past May. http://www.niagarafoundation.org/wisconsin/?p=2745 Police Chief Noble Wray and long-time Madison media personality Jean Feraca were two of those given awards for their public service to our community. I could go on, but I'll let readers find out the truth for themselves. http://en.wikipedia.org/wiki/G%C3%BClen_movement In a nutshell, The Gülen Movement is a large, but loose global network of localized, highly educated professionals, predominately of Turkish Muslim origin, who strive to live their faith and increase their spiritual connection through interfaith dialogue and service. The Gülen Movement's involvement with Walmart or the privatization of education in U.S. is one thing, but to use the word "secretive" amidst a Turkish flag image in the background is well below CMD standards. Playing on American ignorance and fear of Islam and Muslims is shameful and the kind of writing I would expect from a less than reputable news source.
another way the islamist movmt is trying to infiltrate our country these schools should be closed immediately. islam is an intolerant cult, not a religion!