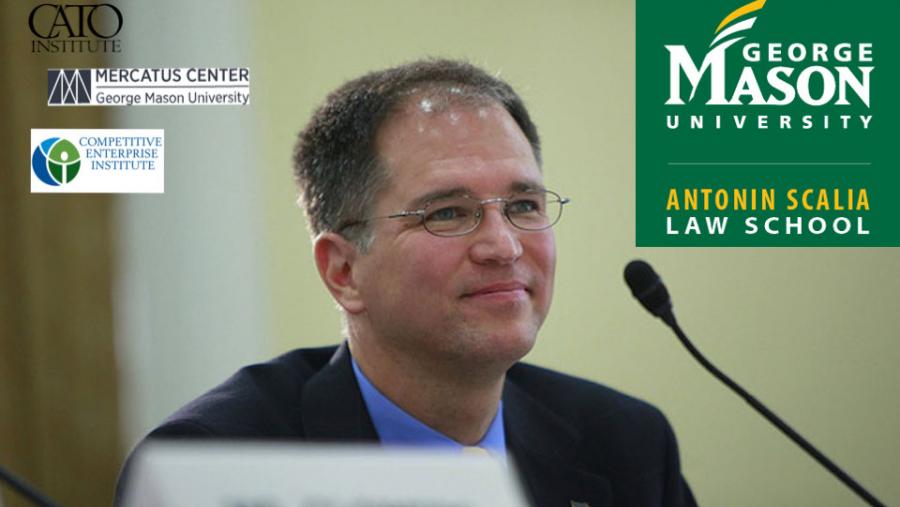 When the the Consumer Financial Protection Bureau (CFPB) announced on the membership of its "Taskforce on Federal Consumer Financial Law," on January 9, critics called foul and charged the group with a pro-industry, anti-consumer bias.

Ed Mierzwinski, senior director of the consumer watchdog U.S. PIRG's federal consumer program, called the taskforce a "farce." "To my knowledge, none [of the appointees] have worked for consumer protection organizations yet all have worked as industry lawyers or consultants or been publicly aligned with industry views," Mierzwinski said.

Most notably, the taskforce is chaired by Todd J. Zywicki, a Koch-backed academic who was reported to be in the running to direct the CFPB and once called the bureau a "tragic failure." Zywicki is Professor of Law at George Mason University's Antonin Scalia Law School, Senior Fellow of the Cato Institute, and Senior Fellow at the Mercatus Center at George Mason University.

The stated purpose of the taskforce is to review and "harmonize" financial laws and regulations, and to report back its findings to CFPB's Director Kathleen Kraninger.

Other members of the taskforce include Dr. J. Howard Beales, III, former Professor of Strategic Management and Public Policy at the George Washington University and former director of the Bureau of Consumer Protection at the Federal Trade Commission; Dr. Thomas Durkin, former senior economist at the Federal Reserve Board; L. Jean Noonan, partner at Hudson Cook, former general counsel at the Farm Credit Administration, and former associate director of the Bureau of Consumer Protection's Credit Practice at the Federal Trade Commission; and William MacLeod, partner at Kelley Drye & Warren, LLP, past chair of the Antitrust Section of the American Bar Association, and former bureau director at the U.S. Federal Trade Commission.

The pro-industry slant of the task force prompted Senators Elizabeth Warren (D-MA) and Sherrod Brown (D-OH) to send a letter to Kraninger February 5 asking for its suspension.

"[T]he lawmakers argued that some task force members, including its chair Todd Zywicki, a law professor at George Mason University's Antonin Scalia Law School, cannot be trusted to protect consumers because they have represented payday lenders or Wall Street banks, or worked at law firms that do so," American Banker reported. "The letter takes aim at Zywicki, a longtime CFPB critic, claiming he has a conflict of interest because he defended bankrupt debt relief company Morgan Drexen in a dispute with the bureau that ended in a settlement in 2016."

The libertarian billionaire Charles Koch has long held and advocated for his belief in an extremely small government with limited powers to regulate beyond the protection of private property. Along with his late brother David, Charles built and funded a massive political network to advocate for his vision of the world, in which Zywicki is a foot soldier.

Zywicki has financially benefited from Koch's efforts in his career working at the Koch-funded Antonin Scalia Law School, Mercatus Center, and Cato Institute and, in turn, has advocated for corporate interests and deregulation. He has testified 16 times in front of Congress on bankruptcy rules, consumer debt, and government bailouts, and he has written on many of the same topics.

Since the CFPB was created, Zywicki has been one of its most outspoken critics. "Zywicki not only routinely slams the CFPB's attempts to regulate bank overdraft fees and payday lenders; he depicts the agency as a 'parochial' bureaucracy that is 'guaranteed to run off the rails,'" The Nation has highlighted.

So, for the anti-regulation Koch, Zywicki is the most qualified to head up a group in charge of examining and recommending changes to the current regulatory framework.

The review comes as a major lawsuit challenging the creation of the CFPB, Seila Law LLC v. Consumer Financial Protection Bureau, is pending before the Supreme Court. Numerous Koch-backed groups have filed amicus briefs in the case including the Cato Institute and Competitive Enterprise Institute (CEI), arguing that the CFPB's independent structure violates the separation of powers under a controversial right-wing theory of a "unitary executive," first advocated by Edwin Meese when he was attorney general for President Reagan.

The Koch-funded CEI, of which Zywicki is a board member, takes the position that the CFPB is "unconstitutional," so when Zywicki was named chair of the task force, staff were ecstatic.

"CEI has long called for the CFPB to create such a task force to fix government regulations that impede access to credit, and Professor Zywicki is ideally suited to head these efforts," CEI's policy analysis Matthew Adams said. "The creation of this task force demonstrates yet another way the Bureau, under the leadership of Kathleen Kraninger, is becoming less of an unwarranted menace to financial institutions and more pro-consumer."

In all, Koch Family Foundations and the preferred donor conduits of the Koch network, DonorsTrust and Donors Capital Fund, have given $63.6 million over the last ten years to Zywicki's Scalia Law School, the Cato Institute, CEI, and the Mercatus Center, the Center for Media and Democracy has calculated through an analysis of IRS filings.

"The Bureau's decision to trust the leadership of a Koch shill is yet another example of the agency ignoring its mission to protect consumers like you and me," said Jasmine Banks, Executive Director of UnKoch My Campus.