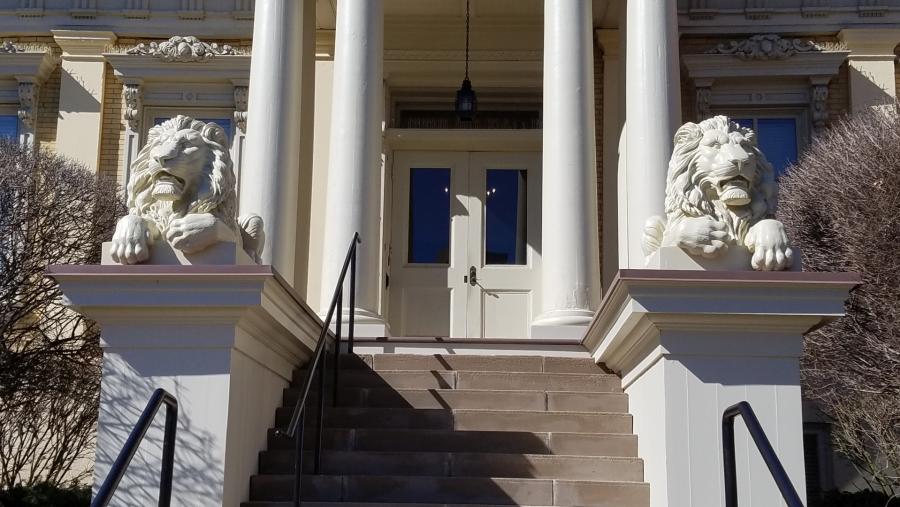 Bradley Foundation internal documents reviewed by the Center for Media and Democracy (CMD) reveal a concerted effort by the organization to delegitimize climate science, while promoting fossil fuel energy development in the United States.

An analysis of Bradley's climate-related activities shows that the foundation has made significant grants to support energy policy think tanks, attack-dog groups that target environmentalists, and efforts to discredit climate science.

A 2013 internal foundation document details how Bradley "instructed staff to explore options...to make more energy-related grants." The document also notes that the Board gave a "terminal grant" of $263,591 to the Sand County Foundation (SCF), which previously administered the Bradley Fund for the Environment.

The documents do not reveal Bradley's motivation in splitting from SCF, but they do outline a serious effort to promote fossil fuel industry interests at the expense of the environment.

As part of its push to support studies and public relations to cast doubt on mounting scientific evidence on climate change, Bradley has focused its resources on "Energy Policy Centers," many of which are housed in "Bradley-supported" State Policy Network (SPN) "think tanks." SPN is a web of 156 right-wing groups in 49 states, Washington, D.C., Puerto Rico, Canada, and the UK that receives funding from the billionaire Koch brothers, the Bradley Foundation, and the Roe Foundation, as well as many multi-national corporations.

The examined documents show that the Center for Energy Policy and the Environment (CEPE) at the Manhattan Institute for Policy Research (MIPR), a member of SPN, received a total of $500,000 for its Center, with another $200,000 distributed in 2016. (Manhattan Institute for Policy Research GPR, February 23, 2016) CEPE works to promote fossil fuel development despite the devastating effects of climate change. A background document on CEPE states its goal clearly: "The Center's research and public education activity aims at demonstrating that the United States is poised to reap substantial economic benefits in the form of job creation, lower gasoline and electricity prices, and increased productivity provided public policies allow companies to access valuable energy resources and distribute them at home and abroad."

A recommendation by Bradley staff on the Manhattan Institute's 2016 grant proposal specifically states that CEPE is worth funding because, "They have succeeded in identifying and publicizing so many of the falsehoods that surround energy and the environment." (Manhattan Institute for Policy Research GPR, February 23, 2016) An example of this "success" can be found in the work of CEPE senior fellow Mark Mills, who is recognized as originating the idea that North America can surpass the Middle East as the largest energy supplier in the world. (Manhattan Institute for Policy Research GPR, November 12, 2013)

The Energy Policy Center (EPC) at another SPN "think tank", the Independence Institute, received $195,000 from the Bradley Foundation between 2012 and 2016.

Bradley considers EPC to be highly successful in fighting local and federal environmental initiatives. The Bradley documents note that EPC was a "key coalition partner" in preempting local bans on fracking in Colorado, and that it "has developed a toolkit for policymakers, attorneys general, and other conservative state think tanks to help them push back against U.S. Environmental Protection Agency (EPA) regulations." (Independence Institute GPR, June 2, 2015)

CEE is led by the prominent climate change denier Myron Ebell, who steered Trump's EPA transition team. Ebell also chairs the Cooler Heads Coalition, which brings together right-wing activists and scholars for monthly meetings. The coalition was established on May 6, 1997, "to dispel the myths of global warming by exposing flawed economic, scientific and risk analysis."

CEI was long tied to tobacco disinformation campaigns, but is now a leading organization in the movement to discredit climate science.

Bradley does not mention how much of its funding to CEI was designated for CEE operations. Between 1986 and 2015, Bradley Foundation gave $2.2 million to CEI, the majority of which was "to support general operations." (Competitive Enterprise Institute GPR, June 2, 2015).

The Center for Energy Innovation and Independence received $250,000 from Bradley in 2013 to get the new group off the ground. According to a background document, the group "will closely monitor federal environmental regulations and potentially lay the foundation for multi-state litigation against them, similar to those actions in the Obamacare and Dodd-Frank lawsuits, of which aggressive (Scott) Pruitt was and is a part." Pruitt is the former AG of Oklahoma and recently resigned as the EPA Administrator under Trump.

At the same time Bradley rolled out funding for "Energy Policy Centers," it was doling out cash to discredit environmental organizations and climate change science.

Berman's anti-environmental project at CCF was called Big Green Radicals and was seeded with a $150,000 "public education" grant from Bradley in 2013.

According to Bradley's background document, the Big Green Radicals project would include the following components:

[N]ew, updated research profiles for NRDC, Food and Water Watch, and Sierra Club; standalone websites for all three organizations; a Facebook group seeded with several thousand fans to provide a base for the message; the production of two online videos to explain the real agenda of the environmental left; and Google keyword advertising for members of the media and the public searching for information about one of the targeted groups.

In addition to providing the start-up funding for Big Green Radicals, Bradley gave $85,000 to the Capital Research Center (CRC), a group led by former Berman and Company employee Scott Walter. The grant was designated for "general operations," but it may have been used to support the publication Green Watch. A background document on CRC states that, "Green Watch tracks the money flow to environmental nonprofits and critiques their positions, and those of their allies, including their policymaking ones." (Capital Research Center GPR, August 19, 2014)

Since 2014, the Bradley Foundation has distributed numerous grants to discredit the vast amount of scientific research demonstrating the harmful effects of climate change. In 2014, it gave $65,000 to the George C. Marshall Institute (GMI), a right-wing front group largely funded by oil and gas interests. Newsweek called GMI "a central cog in the denial machine" in 2007.

GMI folded in late 2015, so Bradley recommended $50,000 in "seed funding" the following year for its "successor organization," the CO2 Coalition. The coalition is led by a Dr. William Happer, a well-known climate change denier. "We're doing our best to try and counter this myth that CO2 is a dangerous pollutant. It's not a pollutant at all," Happer said at a Heritage Foundation event on energy and climate.

Documents show that, beginning in 2013, Bradley provided funding to the Thomas Jefferson Institute for Public Policy, also an SPN member, to host and organize two "energy roundtables" a year -- one before the Heritage Foundation's annual Resource Bank meeting, and the other before SPN's annual fall meeting. (Thomas Jefferson Institute for Public Policy GPR, November 10, 2015)

The $50,000-per-year grant from Bradley for the meetings was matched "by staff arrangement" by the Consumer Energy Alliance (CEA), a front group for the energy industry that promotes fossil fuel development and opposes efforts to regulate its activities.

Attendance has been high at the roundtables, with as many as "67 SPN leaders" attending the event in Denver in September 2014. The agenda for that meeting details presentations from a number of fossil fuel lovers including: Artic Power, Consumer Energy Alliance, Vital for Colorado, Devon Energy, GOPAC (a political action committee that backs and trains Republican candidates), and Freedom Partners. Freedom Partners, a funding conduit for the billionaire Koch brothers, delivered a talk on "Messaging and State Action." (Thomas Jefferson Institute for Public Policy GPR, November 11, 2014)

In 2014, the Independence Institute and Berman's Big Green Radicals worked in lockstep in Colorado to defeat local fracking bans, such as the one that passed by ballot measure in Longmont in November of 2013. A 2015 Bradley backgrounder on the Independence Institute praises the anti-fracking work of Independence Institute's Energy Policy Center, saying, "It has also been a key coalition partner in the movement to stop local and statewide bans on hydraulic fracturing. Last year, current Colorado Gov. John Hickenlooper crafted a delicately balanced compromise on local control of oil and gas drilling that removed all initiatives on the issue from the state ballot."

Berman's Big Green Radicals rolled out an attack campaign to discredit anti-fracking efforts in the state in May of 2014. Big Green Radicals asserted that "extreme groups, mostly based far from Colorado in San Francisco, New York, or Washington D.C., are spending millions and spreading their anti-science message to scare voters into approving ballot measures in November to send the oil and gas industry (and the jobs and affordable energy it provides) packing from the Centennial State."

The efforts by these two groups were successful in overturning local fracking bans. Bradley agreed and decreased its funding recommendation for EPC to $25,000 in 2016, saying, "it is unlikely that there will be any significant developments for EPC in the upcoming months, and therefore staff believes this reduced award is important."

It is uncertain where the next battleground for energy development will be for Bradley, but the documents demonstrate that they have the funds to bankroll infrastructure in place to discredit climate science and smear the opposition.