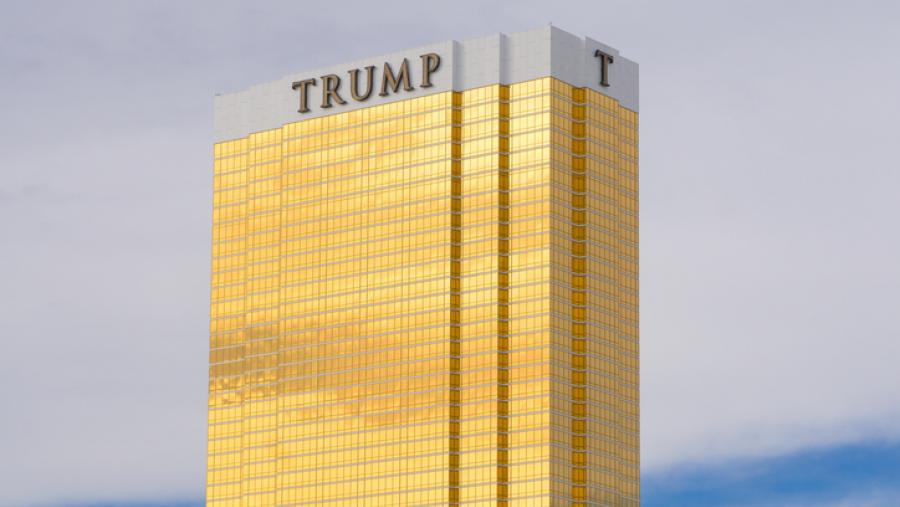 With just four weeks left until inauguration, President Elect Donald Trump has yet to deliver on his promise to tell the American people how he is going to handle his corporate empire in order to avoid crippling conflicts of interest.

With investments and developments in at least 20 countries around the globe, not to mention the United States and Washington, DC, Trump brings an unprecedented array of conflicts to the White House, along with an equally unprecedented risk of bribery, foreign influence, and corruption.

Trump told the world he would reveal his solution to resolving conflicts between his corporate interests and the national interest on December 15, but then abruptly canceled his scheduled press conference and postponed his announcement until January.

In the mean time, Trump has floated several trial balloons suggesting that he intends to maintain ownership of the Trump Organization while handing off daily operations to his children—whom he has repeatedly, and unprecedentedly, included in state meetings—and then resume his corporate role after his term of office has ended.

Most ethics experts and the media promptly shot those balloons down as completely inadequate. The Center for Media and Democracy joined 28 other groups and prominent individuals with expertise in ethics laws in a bipartisan open letter to Trump criticizing his plans.

If taken, this approach will still leave you and your immediate family as the financial beneficiaries of the businesses, with your family managing them and the business enterprises entangled with your presidency. This will not solve the real or apparent conflict of interest problems you face as president.

The letter called on Trump to divest from his business and set up a blind trust, similar to what every other president has done for the past 40 years.

[W]e urge you to divest your business enterprises into a true blind trust managed by an independent trustee having no family relationship with you, or the equivalent, in accordance with the guidelines of the Ethics in Government Act. The trustee would then dispose of any business enterprises divested to the trust behind the blind trust wall and would invest the new assets without any information going to you as to the new holdings.

[C]ombining your presidency with your family business enterprises… will create ongoing conflict of interest and credibility problems for your presidency. Questions will regularly arise as to whether your domestic and foreign policy positions are being taken on behalf of the interests of the American people or the financial interests of the Trump family, which will necessarily diverge on numerous occasions from those of the nation as a whole.

"Turning your businesses over to your children will not prevent the credibility problems that will arise when your policy positions appear to have been made to benefit domestic and foreign interests that have provided financial benefits to the Trump family," the letter said.

There is no such thing as a half-blind trust.

The ethics experts also called on Trump to require his cabinet nominees and senior executive branch officials to take the same steps.

This has become especially important as Trump continues to stack his appointments with billionaires from the private sector, including the CEO of ExxonMobil and a former Goldman Sachs partner. CBS News puts Trump's current cabinet net worth at $14 billion, 50 times the combined wealth of George W. Bush's cabinet.

Given the international scope of the Trump Organization's operations, a newly sworn-in President Trump will likely run afoul of several anti-corruption protections from Day One, including the U.S. Constitution's "Emoluments Clause" (which bars federal officials from receiving benefits from foreign governments), the STOCK Act (which prohibits federal officials from using insider information for private gain), and the terms of Trump's lease with the General Services Administration for the Trump International Hotel in Washington, DC (which bars any elected official from benefiting from the lease).

A recent report from the Brookings Institution on the scope and effect of the Emoluments Clause reached the same conclusion.

[T]he only true solution is for Mr. Trump and his children to divest themselves of all ownership interests in the Trump business empire. That divestment process must be run by an independent third party, who can then turn the resulting assets over to a true blind trust. . . . Ultimately, having run for President and prevailed in Electoral College votes, Mr. Trump must make sacrifices in exchange for the awesome powers and responsibilities he will now inherit.

As the report notes, "the Framers were painfully aware that entanglements between American officials and foreign powers could pose a creeping, insidious threat to the Republic."

These serious ethics issues are also bound up with the real risk that Trump's failure to divest from his and his family's commercial real estate holdings will needlessly and heedlessly expand the potential targets of foreign enemies, implicating America's national security and potentially drawing our country into military conflict.

As the clock winds down to Inauguration Day, it becomes increasingly clear that Trump will have to make a dramatic choice between building his business empire and serving in our democracy's ultimate position of power and trust.

So far, the signs are not encouraging that he will make the right choice, or that Congress or incoming Attorney General Jeff Sessions will have the political will to enforce the law and hold him accountable if he fails to do so.

Comrade Trump will always give top priority to his rich buddies, like Putin. Sorry USA.