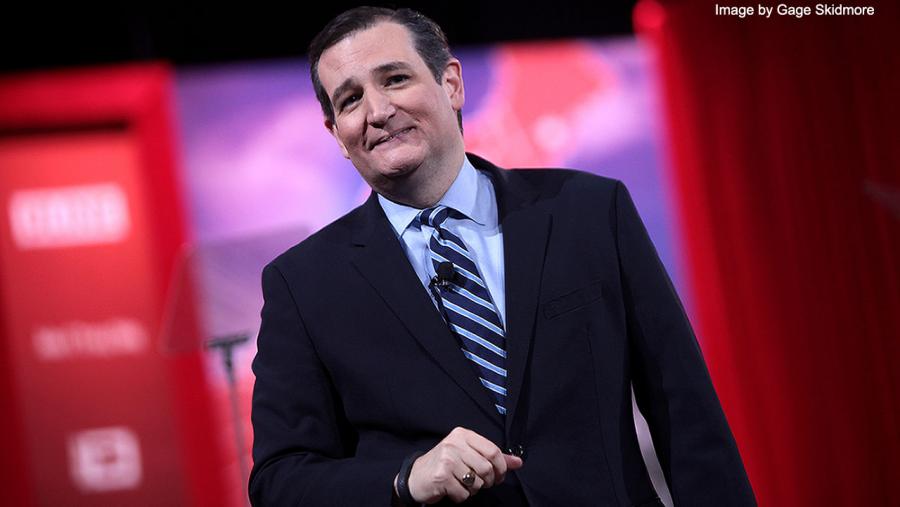 Senator Ted Cruz, raising cash for a 2016 presidential bid, was to meet privately Monday in Denver, Colorado with executives from major oil and gas corporations, all members of the pro-fracking lobby group Western Energy Alliance (WEA), according to details of the secret meeting shared with the Center for Media and Democracy.

The Republican presidential candidate, a climate change denier, is also a leading proponent of opening up federal lands in the west--in fact virtually all lands everywhere--to energy development, and for scrapping regulations on oil and gas development.

Cruz sponsored legislation in the Senate in 2015--the American Energy Renaissance Act--that would limit federal regulations on fracking, ostensibly providing states the ability to lease federal land to energy companies for fracking.

A likely signal to the Cruz anti-climate agenda if he were elected President, the extraordinarily broad act would also block the implementation of the Clean Power Plan to limit carbon pollution from coal plants, increase offshore drilling, immediately approve the Keystone-XL pipeline, open up the Arctic National Wildlife Refuge to energy extraction, eliminate renewable energy mandates, end the forty year old ban on crude oil exports and expand the exportation of natural gas to foreign countries.

Cruz has been a longtime recipient of praise and support from the Kochs and their network.

In 2014 Cruz was named a "Leader of Liberty" by the Koch-funded Americans for Prosperity, receiving that group’s highest score, a perfect 100 on its “AFP Scorecard.” He was previously a fellow at the Koch-backed Texas Public Policy Foundation, affiliated with the Koch-funded State Policy Network.

Cruz is due to speak at the annual meeting of the American Legislative Exchange Council (ALEC) in San Diego, California on July 24th, and will then present at the Americans for Prosperity national "Defending the American Dream" Summit in Dallas in late August.

According to Politico, Cruz, wearing cowboy boots, spoke earlier this year at a private January, 2015 summit organized by Charles and David Koch in Palm Springs, California, at which he lavished praise on the brothers.

"I admire Charles and David Koch. They are businessman who have created hundreds of thousands of jobs and they have stood up for free-market principles and endured vilification with equanimity and grace," Cruz said to cheers from the audience, according to Politico.

The Center for Media and Democracy requested access to attend the meeting in Denver, but was refused.