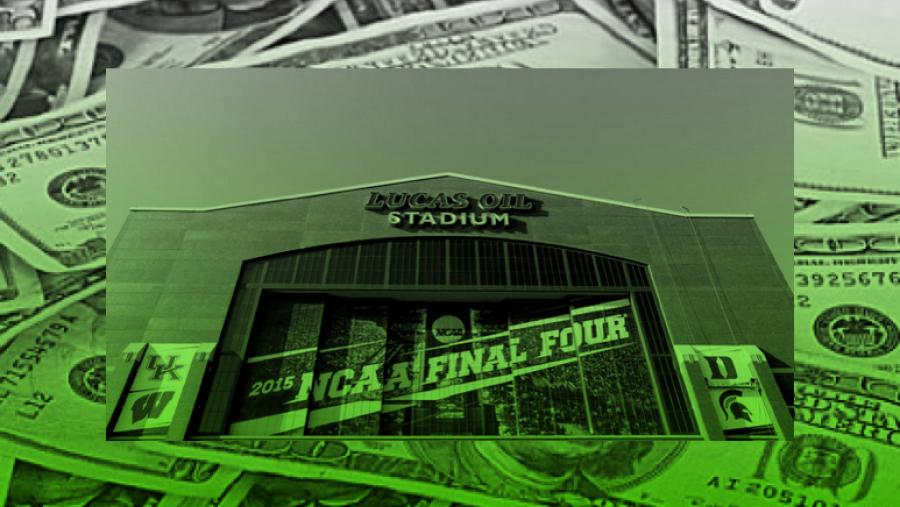 When the dust settles from NCAA’s biggest battle, one group of winners will emerge with unimaginable spoils while others come away empty-handed. There will be heartbreaking results, ruthless opponents, and at least one pathetic defense.

And sure, there will be some pretty good basketball as well.

This is because no mere buzzer beater or timely block can match the maddest part of March madness: the monetary exploitation of collegiate basketball players by large corporations and their own school administrators.

Yes, the NCAA Tournament is in full swing and nothing has changed. Once again, unpaid, logo-covered young men race up and down the court on every channel round the clock, creating billions in revenue for some, millions in salary for others and little for themselves.

Of course, this is far from a new revelation. The ludicrous injustice of big time college athletics has been uncovered, covered, and re-covered. And the tide of public perception is slowly but unmistakably shifting. More and more people are seeing college amateurism for what is has always been: a thinly veiled attempt to avoid paying workers compensation for injuries as well as compensation in the broader sense.

However, many current players are not interested in waiting for things to change slowly from the outside. Instead, they have taken matters into their own hands, showing their discontent with the NCAA by rallying under the “All Players United” banner.

Former Northwestern quarterback Kain Colter took this effort even further eleven months ago, arguing that college athletes are employees and should be able to unionize. His stance was supported by an NLRB ruling last March. Unsurprisingly, Northwestern appealed and the players’ ballots are trapped in a sealed box while the matter makes its way through a litigious obstacle course.

Though they are far from a permanent victory, Colter and his allies have clearly rattled some cages. Case in point: In 2014, Michigan Governor Rick Synder signed a provision pre-emptively banning athletes from being considered public employees who can collectively bargain. This step was especially galling given that just a few months earlier the flagship University of Michigan football program re-inserted a visibly concussed player back into a game after a vicious hit to the head. The university initially claimed it had done nothing wrong before eventually walking back its story and apologizing in the wake of public outrage.

Meanwhile, the National Basketball Association and the NCAA are currently considering a mutually beneficial agreement that would force players to wait two years after high school to be eligible to play in the NBA. Under the deal, the NCAA would get two years of unpaid labor on often unguaranteed scholarships from the best athletes in the world. For their part, the professional ranks get a free farm system to scout the players before investing in them. Of course, the NCAA’s “corporate champions” won’t be complaining either as they use teenage athleticism as filler between $1,500,000 a minute beer ads.

There has been some progress in the struggle for fairness even as the Northwestern ballots remain in limbo. The last year has seen improvements in NCAA scholarship policy, better player healthcare, and in the fight for athletes to see some profits from the selling of player-specific merchandise. Yet this is far from enough

It is March once again, a year after college players took a stand and were vindicated. However, the biggest event in collegiate sports looks and feels no different: They will work, we will watch, and someone else will get paid. What is madder than that?