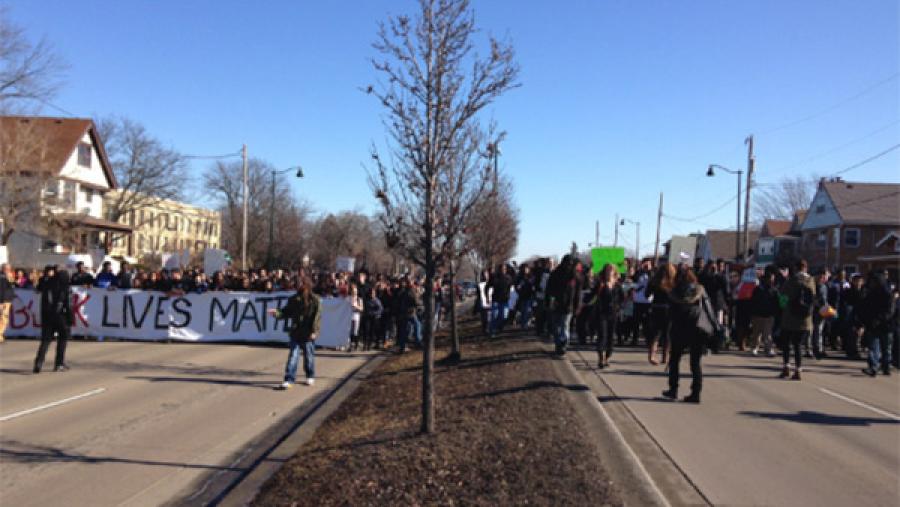 MADISON -- High school and middle school students walked out of class in Madison, Wisconsin on Monday and marched on the state capitol building to demand justice for Tony Robinson, the 19-year old unarmed black man who was shot and killed by white police officer Matthew Kenny on Friday evening, March 6.

Chanting "What's his name? Tony Robinson!" the students from West, Memorial and La Follette High Schools converged on the capitol from all directions joined by UW-Madison students and younger students from Georgia O'Keeffe Middle School. Students from East High walked out and filled East Washington Avenue throughout the morning, marching towards the capitol. Students from Sun Prairie High, Robinson's alma mater, also made their way to the capitol building. The vibrant, peaceful demonstration was featured on national news broadcasts that evening. 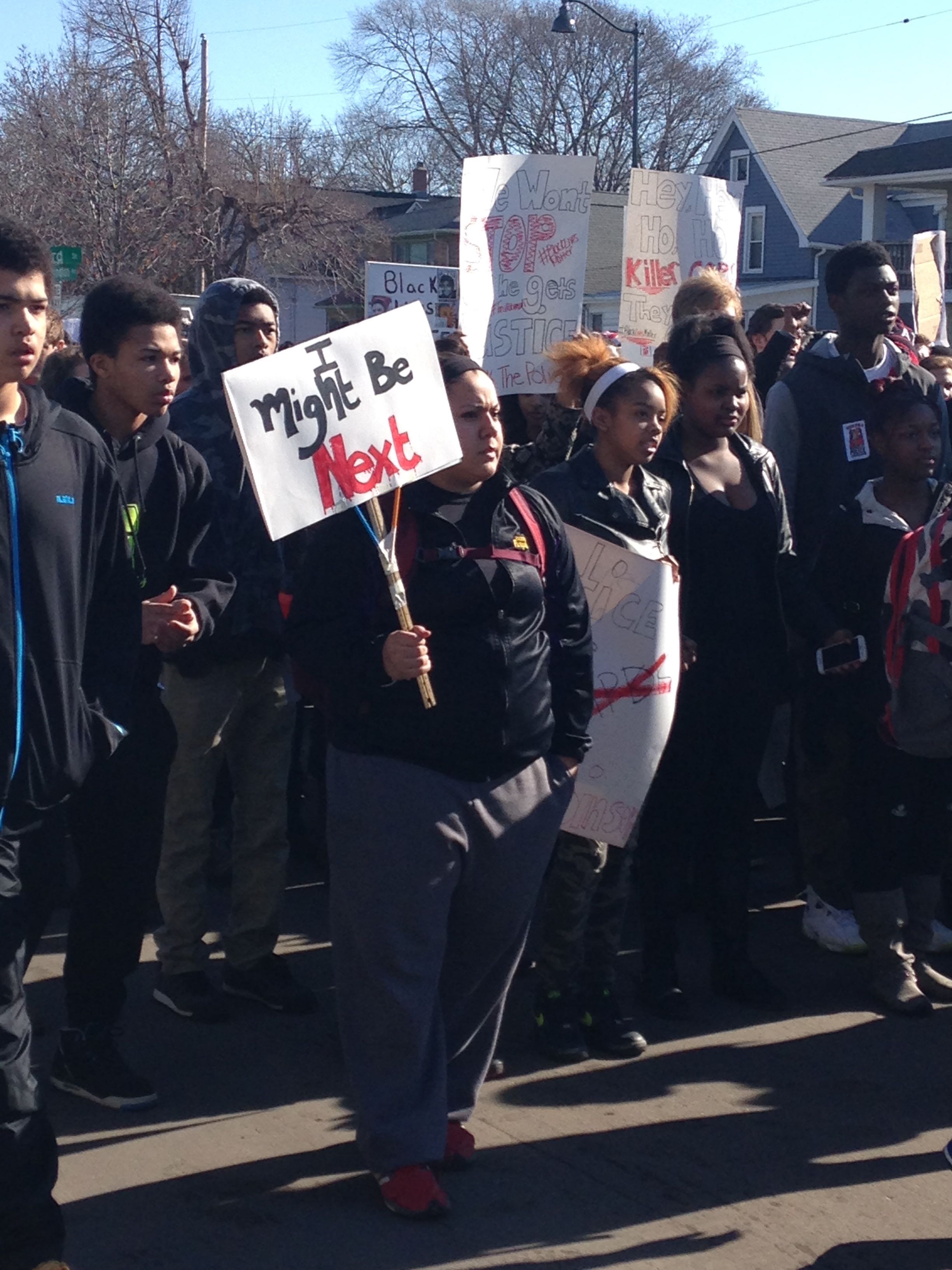 One West High School junior said he was on the steps of the capitol "because I feel as a black student here in this city I need to stand up, knowing that justice has not been served yet and needs to be served." His friend pointed out, "This could have happened to any of us. We're all around the same age" as Robinson. Both students are black.

Around noon, the growing crowd began to fill the capitol rotunda, ringed by adults linking arms to "protect our babies," as Brandi Grayson of the Young, Gifted and Black Coalition urged those gathered.

When the additional stream of hundreds more students arrived from East High School, the rotunda quickly filled from bottom to top. The Wisconsin State Journal estimated that at least 1,500 were gathered. 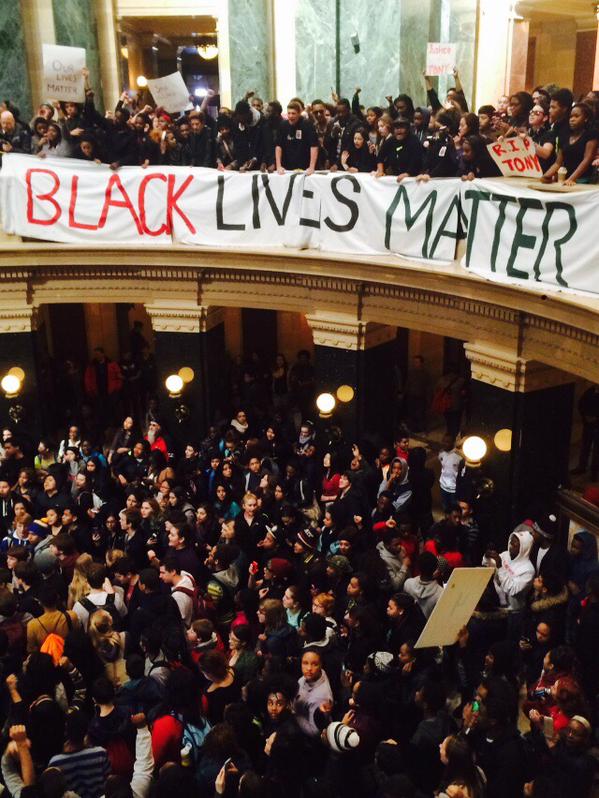 Afterwards, the students marched through the streets of downtown Madison and staged a sit-in on Martin Luther King, Jr. Blvd. outside the City County Building demanding to speak to the Mayor and the Police Chief Mike Koval. Some protesters were asking for the arrest of the police officer involved; some asked if the city would pay the family for Robinson's funeral expenses. Madison Mayor Paul Soglin, who addressed the crowd by bull horn, did not provide many answers.

In the afternoon, Wisconsin Attorney General Brad Schimel released a statement about the investigation into Robinson's death. Wisconsin passed a bipartisan law in 2014 requiring an outside investigation into officer-involved deaths after the death of Michael Bell Jr. in Kenosha and Paul Heenan, who was killed on Baldwin Street just blocks from where Tony Robinson was shot.

"As the community awaits information in the officer-involved shooting in Madison on March 6, I want the public to be aware that the Wisconsin Department of Justice is expeditiously working to complete the investigation.... It will be the Dane County District Attorney’s responsibility to review the facts and then to issue a public statement concerning his conclusions. The role of the Department of Justice is to obtain the facts and present them to the district attorney for his consideration," Schimel said.

Go here to see more photos and videos of public events since Robinson's death Friday evening, and follow the Center for Media and Democracy's reporters on Twitter @PRWatch, @PRWatchRebekah, and @MadtownCharity.

Charity Schmidt contributed to this report.