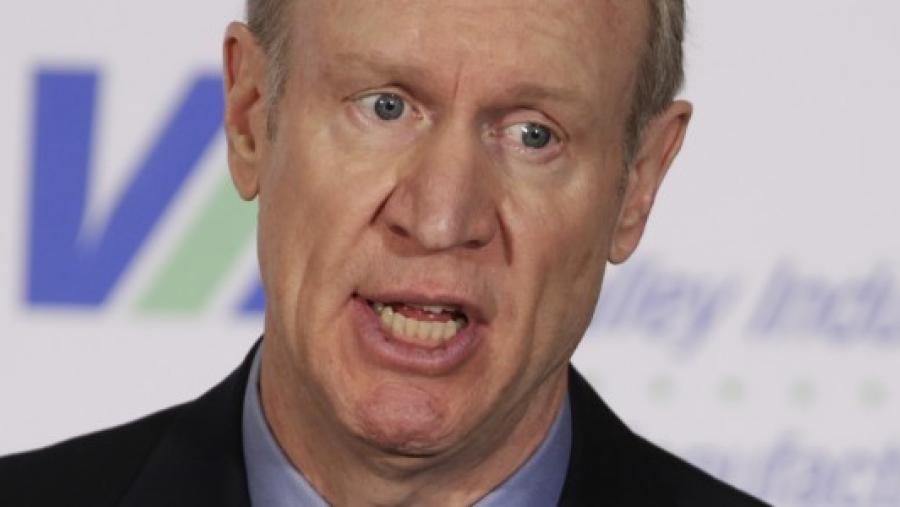 Billionaire financier and new Republican Illinois Governor, Bruce Rauner, who already raised eyebrows by calling for lowering the state’s minimum wage during his campaign, continued his war on working families this week with a move straight out of the ALEC playbook.

On February 9, the governor issued an executive order barring Illinois public-sector unions from requiring “fair share” payments from workers who choose not to join the union but still benefit from union-negotiated wages, benefits, and worker protections on the job.

Outlawing public and private-sector fair share payments is part of the anti-worker, anti-family agenda of the American Legislative Exchange Council and its corporate backers including Koch Industries. ALEC has pushed model “right to work” legislation for over 20 years, and its new offshoot, the American City and County Exchange (ACCE), is prioritizing local versions of the bill at the city and county level.

So-called “right to work” policies, which have nothing to do with any right to have or hold a job, are a transparent attempt to weaken unions by making it harder for them to function. Studies by the Economic Policy Institute have shown that wages are lower for both union and non-union members in states with right to work laws, workers are less likely to have health insurance or pensions and more likely to have dangerous work places.

Rauner has already stated his support for a private-sector version of the union-busting bill in Illinois, but would have to contend with a Democratic legislature. Absent a state law, Rauner has also promoted the creation of local right to work “zones” in Illinois, following the lead of ALEC and its local level offshoot, the American City and County Exchange (ACCE), which are promoting this model in neighboring Kentucky.

Though the National Labor Relations Act clearly precludes city- or county-level right to work ordinances, a group of usual suspects including the Koch's Americans for Prosperity Group, the Koch-funded Heritage Foundation, and the Bluegrass Institute, a State Policy Network affiliate, have so far persuaded five Kentucky counties to pass local right-to-work ordinances, in part by offering to help cover their legal expenses when they are inevitably sued for overreaching their authority.

The effort in Kentucky has been knocked down by the state Attorney General and has prompted a major lawsuit by unions in Kentucky that has dampened counties' enthusiasm for the idea.

Rauner's Efforts Will also Be Challenged in the Courts

For now Rauner is spinning a tale on his efforts that few in Illinois appear to be buying. Rauner uses the phrase “unfair share dues” to describe the fees paid by non-union members who nonetheless receive union representation on the job and benefit from union-negotiated wages, benefits, and job protections.

The governor misleads when he claims, “An employee who is forced to pay unfair share dues is being forced to fund political activity with which they disagree. That is a clear violation of First Amendment rights — and something that, as governor, I am duty bound to correct.” In fact, Section 3(g) of the Illinois Public Labor Relations Act is clear that fair share dues “shall not include any fees for contributions related to the election or support of any candidate for political office.”

As University of Oregon Associate Professor Gordon Lafer points out, "Right to work provisions single out unions for unique treatment. They require unions to represent people for free. When a business approaches the Chamber of Commerce and says, 'We don't want to pay dues but would like to access your services anyway,' no law or elected official is going to say they must."

Rauner's spin was too much for National Nurses Union Executive Director, Rose Ann DeMoro. “Under the façade of protecting employee free speech, the governor’s real goal is to decimate public employee unions, eliminate their ability to challenge his corporate agenda, and seriously erode the ability of public workers to speak out when public protections are at risk,” said DeMoro.

There is also the small matter of executive overreach. Fair share is written into state law and Rauner, despite his billions, doesn't have the ability to rewrite the law by fiat.

State SEIU President Tom Balanoff said, “The order is not going to hold up. It’s not legal. Bruce Rauner knows this.”

In an effort to preempt legal challenges, Rauner has already filed suit in federal court in Chicago asking to have the state's public sector labor law ruled unconstitutional. Representing the governor against the state he leads is former federal prosecutor, Dan Webb, of the high-powered Chicago law firm Winston & Strawn.

Legal or not, it certainly has not taken long for Rauner to make his intentions clear. Following the lead of ALEC alum Wisconsin Governor Scott Walker, Rauner's early attacks on the unions that represent Illinois working people and their families suggests a more extreme agenda than state voters may have realized.