DOJ: Due to 9/11 Moms and Kids are National Security Threat | PR Watch

DOJ: Due to 9/11 Moms and Kids are National Security Threat 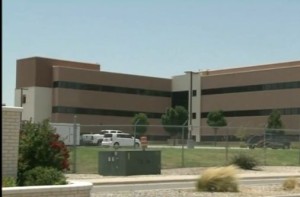 Migrant mothers and their young children detained at the border are being denied an opportunity to be released on bond, because of 9/11.

Department of Justice prosectors are citing a 2003 ruling from former Attorney General John Ashcroft to deny bond to undocumented immigrant mothers and children -- many of whom have valid asylum claims -- held at a remote detention facility in Artesia, New Mexico that advocates say is ill-equipped to care for children.

In that 2003 ruling, titled "Matter of D-J," Ashcroft cited national security concerns in reversing a DOJ Board of Immigration Appeals decision granting bond to a Haitian immigrant. George W. Bush's Attorney General wrote that releasing the immigrant on bond could encourage additional migration, and that “in light of the terrorist attacks on September 11, 2001, there is increased necessity in preventing undocumented aliens from entering the country without the screening of the immigration inspections process.”

Thirteen years after the September 11 attacks, the Obama administration's DOJ is again citing that same decision and the same "national security" argument to deny bond to women and children held at the Artesia facility. By being denied bond, mothers and their children remain in the detention facility, which can be extremely traumatic to young migrants, particularly because many are fleeing extreme violence.

"You walk into the cafeteria at this detention center, and you're greeted with a line of high chairs and infant seats," said the National Immigration Law Center's Karen Tumlin, one of the few who have been allowed inside Artesia, a federal law enforcement training center converted into a detention facility. "What kind of risk is posed that we need to be locking these individuals up as they try to bring forward their asylum claim?"

It is not clear where the directive to refuse bond to migrant women and children (or to set bond at unaffordably high rates) came from.

The Artesia facility opened in June to house women and children who are part of the recent wave of migrants reaching the U.S. border. Most attention has been paid to the surge of unaccompanied minors arriving in the U.S., but the rate of migrant parents with children arriving at the border has tripled in 2014, with more than 22,000 apprehended since January. Around 283 women and 344 minors were held in Artesia at the end of July.

Few of those held at the remote facility have access to representation or information about their rights, and immigrant advocates say the facility is being used to deport women and children as quickly as possible, in many cases overlooking their valid claims to asylum. There is currently one pro bono lawyer for every 120 migrants in Artesia, and Immigration and Customs Enforcement is severely restricting the time those lawyers spend with detainees.

“They just set up this big deportation mill in the middle of nowhere,” said one immigration lawyer.