Derek Cressman Crusades Against the Koch Brothers in California 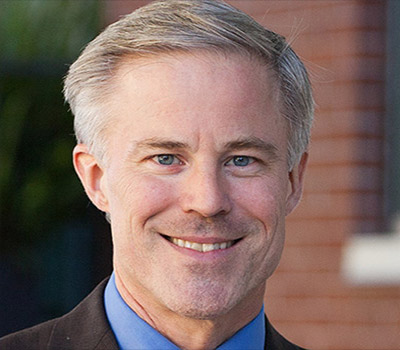 California Secretary of State candidate Derek Cressman has made a career of fighting the billionaires who are trying to hijack democracy.

His biggest victory so far was a 2012 case that resulted in the largest fine for a campaign-finance violation in California history.

While he was working at Common Cause, Cressman and his colleagues discovered a dark-money trail that led directly from the Koch brothers to political work on two California referenda, Prop 30 (which raised taxes on the wealthiest Californians), and Prop 32 (which limited unions' ability to raise money for political purposes). The discovery propelled a dramatic $1.3 million judgment, made headlines, and kicked off a new wave of campaign reform in the state.

Last week, California Governor Jerry Brown signed into law a bill to make the sort of money-laundering subterfuge that case uncovered more difficult, and grassroots excitement is building for the prospect of real reform.

Now, after twenty years of advocacy work with Common Cause and U.S. Public Interest Research Group, Cressman says people who care about the corrupting influence of money in politics need to take that message directly to the voters.

"The movement needs to be more election-focused," he says. "We need to show that candidates who are anti-reform … are losing candidates."

Disclosure is not enough, Cressman says. In California, "corporate Democrats" are winning races where both candidates take special interest money.

"Disclosing campaign contributions by itself doesn't give voters a choice, or present a downside to taking that money," he says.

"The only way to change things is to find a way for candidates to run without taking that money," he says. "We have to make big money toxic."

That's not such an outlandish goal in the Secretary of State race, which is a relatively low-dollar affair.

"Unlike Congressional races or even the state legislature, it doesn't draw nearly as much corporate money, because the office doesn't have the power to regulate any particular industry," Cressman points out.

Cressman's $500,000 in funds raised so far puts him second in a field of eight candidates. The frontrunner, Democratic state senator Alex Padilla, has outraised Cressman by a margin of 4-to-1, with $2 million.

Still, $2 million is a pittance for a statewide race in California, Cressman points out, where an effective TV ad buy costs $6 million per week.

Social media, word of mouth, and grassroots networking are critical to the outcome of the race.

Much of the energy behind Cressman's campaign comes from the high-profile case that exposed and turned back the Koch brothers' influence in California in 2012.

That story involved a dramatic unmasking of the corrupting influence of dark money groups in state and local politics.

Cressman was working for Common Cause in the fall of 2012 when he and his colleagues discovered $15 million in contributions from undisclosed donors to oppose Prop 30, which sought to raise taxes on wealthiest in the state, and to support Prop 32, a so-called "paycheck protection" measure to further limit how unions can raise money and spend money during election season.

"I noticed the donations were linked to a guy named Sean Noble--that name rang a bell from previous research I'd done into the Koch Brothers," Cressman says. "We started digging and found an address in Virginia for a group that turned out to be 'ground zero' for dark money groups."

Cressman uncovered an illegal money-laundering operation. Californians – including big names like Eli Broad, Charles Schwab, and the Fisher Family, who own the Gap stores – were laundering their contributions through an out-of-state front group, in order to hide their support for the ballot measure.

Under California law, donors who seek to influence the outcome of a particular ballot measure -- unlike those who give money to more general causes-- must disclose their contributions.

Common Cause filed a complaint, and the California Supreme Court met in an extraordinary emergency session by conference call on the Sunday before election day.

"Literally, it was front page news in all the papers on election day 2012," Cressman says.

The articles exposed that the donors had violated campaign law. This was particularly important because one of the measures they pushed, the anti-union paycheck protection act, purported to be about campaign finance reform.

The Court found that an in-state network of donors had approached the Koch brothers’ network to launder money for them, so they would not be associated with the effort.

In one juicy email, Charles Schwab urged David Koch to become involved and noted "your man" Sean Noble was part of the effort. Schwab also wrote, "I look forward to seeing you on the golf course."

Following on the news of that case, Governor Jerry Brown signed a bill to make such money-laundering subterfuge more difficult.

"That's important," says Cressman, "Because if they'd been slightly more careful, they could have got away with it. If it was a wink and nod: 'Here's $5 million and spend it how you want.' Then, 30 minutes later, 'Hey, we really care about this issue.'"

Under the new law those sorts of winking deals will be more difficult.

Whose “Return on Investment?”

Cressman is running on a platform that includes publicizing the "return on investment" corporate lobbyists get from the politicians they bankroll--including Padilla.

In the state senate, Padilla authored and passed "the most anti-consumer bill ever introduced in California," according to Mark Toney, executive director of the Utility Reform Network. The bill, which deregulates Internet-to-phone service, has the backing of the rightwing, pro-corporate American Legislative Exchange Council (ALEC has been uncloaked by the Center for Media and Democracy’s ALECexposed.org project. The Center and ALECexposed.org are now part of Progressive Inc., the publisher of The Progressive and progressive.org).

"It takes the public utility commission out of Internet-to-phone, which is the future of phone service," says Cressman, who calls the bill "disastrous" for consumers.

Telecom firms gave Padilla $108,732, Cressman reports in a campaign document titled "Cumulative Return on Investments in the Padilla Portfolio Since 2006".

"The Secretary of State race is a rare opportunity to talk about these issues," Cressman says.

The Power of the Secretary of State: Remember Florida’s Reviled Katherine Harris

Cressman's run was propelled, in part, by the realization that the next secretary of state will make critical decisions about the future of democracy in California.

California is almost the last state in the union to create a statewide voter database. Even after getting a $40 million Federal grant for the purpose, state Secretaries of State have, for the last decade, failed to produce a database, a failure which prevents the state from implementing same-day voter registration and other important reforms.

It's part "bureaucratic ineptitude," Cressman says, and partly due to the fact that past Secretaries of State have been term-limited state legislators who, according to Cressman, lack the managerial experience or will power the job requires.

"The stakes are so high," Cressman says. "We've got to try something different than a termed-out state senator looking to use this office as a stepping stone to Congress."

Cressman: The State Democratic Party Is Filled with Activists on Campaign Reform

Meanwhile, Cressman is trying to capitalize in his campaign on the public sense that citizens can fight the corrupting influence of money in politics and win.

"I've been incredibly pleasantly surprised at the vibrancy of the grassroots within the Democratic Party," says Cressman. "As an outsider, you have this impression of a party full of hacks, where everything is rigged," he adds. "In California, that is not true. The party is full of activists, and my message has been incredibly well received."

In his stump speech, Cressman says he will hold hearings in every Congressional district on amending the U.S. Constitution to overcome the Supreme Court's Citizens United and McCutcheon decisions, which have opened the floodgates to corporate and non-profit money to influence who wins elections.

He also calls for adding the top ten donors to every candidate and ballot measure to the official "voter information guide," which the California Secretary of State sends out.

He has been getting a lot of spontaneous applause at campaign events for these ideas.

Even in the wake of the Supreme Court's McCutcheon decision, which further expanded uncontrolled spending on elections by wealthy donors, Cressman is hopeful.

At Common Cause, he says, he spent the last few years working on anti-Citizens United ballot measures.

"One year ago we attempted a statewide referendum, and it completely died in the legislature," Cressman says. "But this year, it sailed through committee. We could have a statewide ballot measure in 2014 in California. I've been leading with this in my stump speech."

Cressman favors an "all of the above" strategy to fight money in politics: tough disclosure laws, a Congressional drive for a constitutional amendment, state and local ballot measures, and electoral campaigns.

"One thing that holds us back is that individual activist get too focused on one silver bullet approach," he says by phone from California, adding that he was on his way to join in a citizens march against Citizens United.

"We need protests, marches, ballot measures, campaigns. We need all of that," he says.