This spring, three senior Obama Administration officials informed Daniel Klaidman of The Daily Beast that the CIA would no longer operate targeted killings with unmanned drones. All targeted killings using the controversial technology would from now on be conducted by the Department of Defense, which has its own drones program in place. 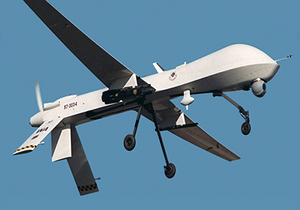 The proposed change has been met with a wide range of reactions. Critics of the drones program have expressed cautious optimism. Human rights groups have repeatedly complained about the secrecy surrounding the CIA drones program, which they argue permits any executive branch abuses to go unchecked and decreases protection for civilians. These advocates expect that greater transparency will follow the Pentagon's taking the reins from the CIA.

Human Rights Watch hopes the move will bring more transparency and therefore respect for human rights because, "The military has more transparent procedures for investigating possible wrongdoing and a longstanding tradition of legal oversight -- although it too needs to ensure and make clear that it is conducting attacks in accordance with the requirements of international human rights and humanitarian law." Dixon Osburn, director of the law and security program at Human Rights First proclaimed, "It's welcome news that the CIA is getting out of the drone business ... General Stanley McChrystal and other military leaders have correctly cautioned against the blowback being generated by drone operations that are shrouded in secrecy."

According to the Center for Civilians in Conflict, because the Pentagon "has a more transparent chain of command and operational procedures, maintains a self-reflective process of lessons learned on civilian harm, has a system of accountability, and is subject to greater oversight by Congress," we can hope for increased protection of civilian life.

Politicians from Both Parties Condemn the Move

Some disagree with the human rights groups' call for more transparency, arguing that the CIA's use of drones is essential in the "war on terror." Representative Bill Young (R-FL), chairman of the House Appropriations Defense subcommittee said, "My first reaction is ... the military has done a good job, as has the CIA. ... The missions that the military carries out and the missions that the CIA carries out are different." Because he believes the CIA has developed a superior level of expertise in targeted killings over the past decade, he says he sees no reason to take away its fleet of drones.

Senate Select Committee on Intelligence Chair Dianne Feinstein seems to believe transparency is not needed when compared with the CIA's experience. She has criticized the White House proposal, stating, "We've watched the intelligence aspect of the drone program, how they function, the quality of the intelligence, watching the agency exercise patience and discretion." According to Senator Feinstein, the military's drone program, which has been run concurrently with the CIA's, has not exhibited patience and discretion "nearly as well."

But Will the Upshot Be More Killing?

Even if the human rights groups are correct and increased transparency leads to fewer civilian casualties per drone strike, those benefits may be outweighed by the increased number of strikes that could occur with complete military control of the program. Former Bush Administration national security official Matthew Waxman believes that military control of drones "may modestly improve transparency and compliance with the law," but will also mean preserving the "targeted-killing policy for the long term." This targeted killing policy has already led to the death of at least 3,000 people including 176 children, according to the UK-based Bureau of Investigative Journalism. A longer drones campaign will inevitably lead to more civilian casualties because, as Senator Lindsay Graham (R-SC) has noted, in using drones, "Sometimes you hit innocent people."

The drone program remains popular with the American public, but the legal basis for the strikes is highly questionable. The leaked Justice Department white paper -- which attempts to justify the drone strikes in general and also to explain why the executive branch may target an American citizen believed to be associated with a terrorist organization for killing by a remote device -- rests on shaky legal grounds. Jameel Jaffer, Deputy Legal Director of the ACLU argues that, "The white paper purports to recognize some limits on the authority it sets out, but the limits are so vague and elastic that they will be easily manipulated." The limitations on use of targeted killings such as imminence and unfeasibility of capture are defined in such a way to change their "ordinary meaning."

Writer Glenn Greenwald echoes these concerns: "If you believe the president has the power to order U.S. citizens executed far from any battlefield with no charges or trial, then it's truly hard to conceive of any asserted power you would find objectionable." 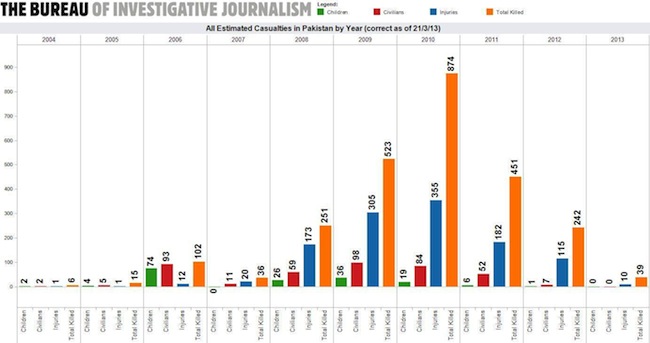