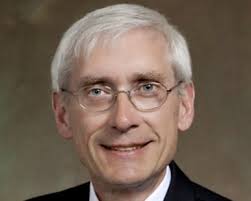 Pridemore was also known for telling a Tea Party group in 2011 that he would back a law that would throw federal officials in jail if they tried to implement the federal health care reform bill, the Affordable Care Act, in Wisconsin.

The reelection of Evers is viewed by many as a rejection of an extreme education agenda backed by the American Legislative Exchange Council (ALEC) and Wisconsin Governor Scott Walker. Pridemore listed "choices for parents" as the first thing on his list of issues on his website, mentioning charter schools, virtual schools, and vouchers as good alternatives because "in today's environment the one-size-fits-all model is no longer optimal." ALEC has long sought these privatization options for America's school children and Walker has pushed for a major expansion of voucher or "choice" schools in Wisconsin -- a concept first introduced by Governor Tommy Thompson (also an ALEC member) in the early 1990s.

Evers Will Continue to Face the ALEC Agenda

Evers has held office since 2008. He has consistently pushed back against many of Walker's education policies, including vocally criticizing Walker's 2011-2012 budget which slashed $800 million from K-12 schools in Wisconsin. Evers also vocally opposed Walker's union-busting "budget repair bill" which stripped teachers and other public workers of collective bargaining rights saying that its changes to collective bargaining went "too far." Evers proudly signed the petition to recall Walker in 2011. Officially, the state superintendent is a nonpartisan office, but Evers won support from Democrats and teachers unions.

Walker's latest budget froze public school funding and drained money from public schools to fund more voucher schools and charter schools. Evers explicitly called on lawmakers to "stop the continued defunding of public education" and said some of the state's $1.4 billion in new revenue should be put toward increasing aids to public schools and repairing the damage done in previous Walker budgets. Walker's budget also tracked an ALEC "model bill" by calling for a state board that would allow more independent charter schools to operate overriding the authority of local school boards. Evers has called the proposal "heavy handed."

Evers told the Milwaukee Journal Sentinel that he was sorry the race "had sort of devolved" into pitting people who opposed vouchers against those who favored seeing more public money flow to private schools. "I think other issues out there are really more important," Evers said. "The people in Wisconsin support public education. It isn't all about choice and charters."

But now that Evers is reelected, he will not only face education changes in the budget bill, but renewed efforts to pass ALEC-sourced education policies such as special needs vouchers, virtual school expansion, and performance-based funding for schools. He will no doubt continue to counter the proposals with limited authority, but the common sense and aplomb that Wisconsinites have come to expect from the state's top educator.