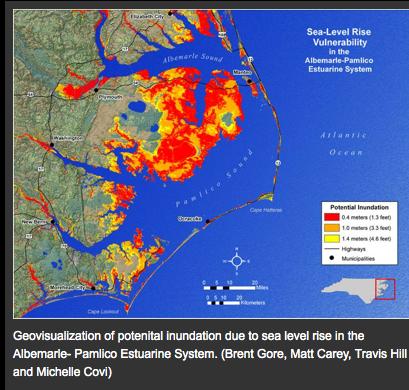 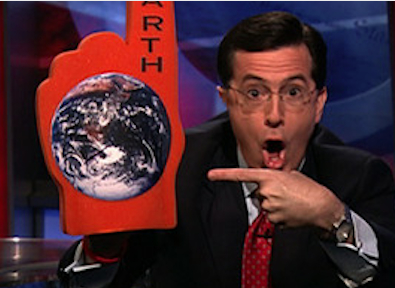 As the Independent Weekly pointed out, Droz collaborates with Koch-funded Americans For Prosperity and FreedomWorks in campaigns against wind energy. The American Tradition Institute, for its part, is made up of staff and associates who participate in a range of pro-fossil fuels research, litigation, and promotion ranging from the American Legislative Exchange Council (ALEC) to its buddy in climate change denial, the Heartland Institute. NC-20 mounted a furious lobbying campaign, including publications from a range of climate change deniers, asserting that the sea level report would raise insurance rates, limit coastal development, and cause land values to decline.

The Viking King Canute the Great arranged a demonstration for his subjects. He had them go down to the seaside at dawn, carrying his throne, and place it at the waterline. He then commanded the tide not to come in, lest it get the hem of his robe wet. needless to say, it did. He told everyone to remember that the tide didn't listen to people: "Let all men know how empty and worthless is the power of kings."