In Honor of “Sunshine Week,” CMD Shines a Light on Politicians who Keep Wisconsin in the Dark | PR Watch

In Honor of “Sunshine Week,” CMD Shines a Light on Politicians who Keep Wisconsin in the Dark

-- By Mary Bottari and Harriet Rowan 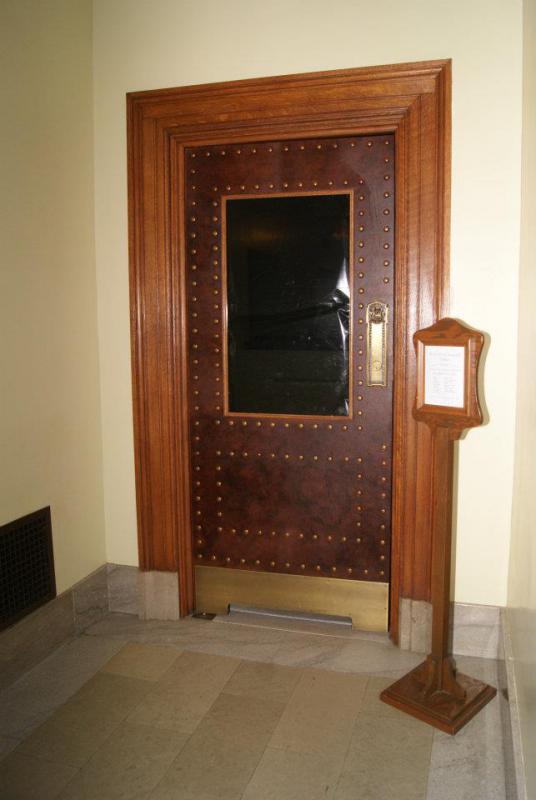 Sunshine Week, March 12-16, is celebrated by newspapers, governments and citizen's groups across the land, but not in Wisconsin, whose reputation for clean and open government has taken a pounding this year.

The action was prompted by an embarrassing video, which was shot from outside the doors of the chamber. The video shows Rep. Joel Kleefisch pushing the buttons to register votes for his Republican colleagues. If citizens have one expectation of an elected representatives, it is that they will be present when public policy is debated and voted upon. The video won Kleefisch a "worst person in the world" award by Current TV newsman, Keith Olberman. 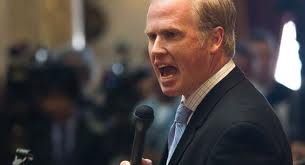 Honorable mention goes to Assembly Speaker Jeff Fitzgerald for allowing guns in the Assembly gallery, but not cameras, laptops or other recording devices. In the past year dozens of Wisconsinites have been arrested in the Assembly gallery for quietly recording their elected leaders doing official business. One of those arrested was journalist Matthew Rothschild, editor of The Progressive magazine.

While cameras are now verboten, firearms are welcome. Wisconsin's passage of a concealed carry bill in June now allows citizens to have concealed weapons in the Assembly gallery. Apparently, legislators fear You Tube more than armed agitators.

Senate Majority Leader Scott Fitzgerald, brother of the Assembly Speaker, is recognized for his efforts to craft Wisconsin's redistricting maps behind closed doors. The Senator and his staff led an effort to draw Wisconsin's new maps behind the shield of "attorney client privilege" at a local law firm. Republican members of the Senate and Assembly were required to literally sign secrecy pledges before seeing the redistricting maps while they were being developed and were instructed to "ignore public comments" as well. 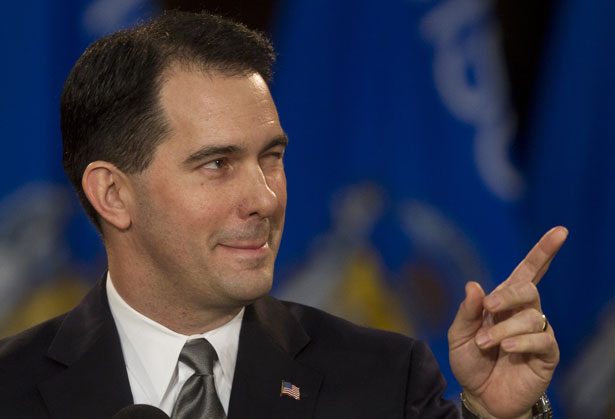 Finally, CMD recognizes Wisconsin Governor Scott Walker. In recent months, it was revealed by criminal prosecutors that Walker's former staff maintained a secret email system during the time he served as Milwaukee County Executive while running for governor. The secret Wi-Fi system enabled his staff to work full time on raising campaign funds, while also getting paid with taxpayer dollars and pretending to conduct county business. Walker also deserves special recognition for ongoing violations of Wisconsin campaign finance law, which requires campaign committees to list the employer of every campaign donor over $100. According to the latest analysis of Walker's reports, his campaign has violated this requirement 1,115 times since 2009, which would amount to a $557,500 penalty if the state elections board enforced the law. Walker also fails to publish his schedule the way that other Wisconsin governors have done.

An unintended consequence of covering the windows to the Assembly floor is that the plastic makes it impossible to see if there is someone on the other side of the swinging door. When government takes place in the shadows, it is not just democracy that gets smacked in the face.

Why doesn't the elections board enforce this if it is a campaign finance law, for everybody regardless of party? Why do Republican constituents support people who do these kinds of things? I mean really covering windows with black plastic, seems really childish. And the redistricting thing is totally mind blowing. Who does this kind of stuff, and then sends Julie Lund out to say how transparent this administation is? Truth telling and openess just doesn't happen with these people.
What color is sun that shines through black plastic ?