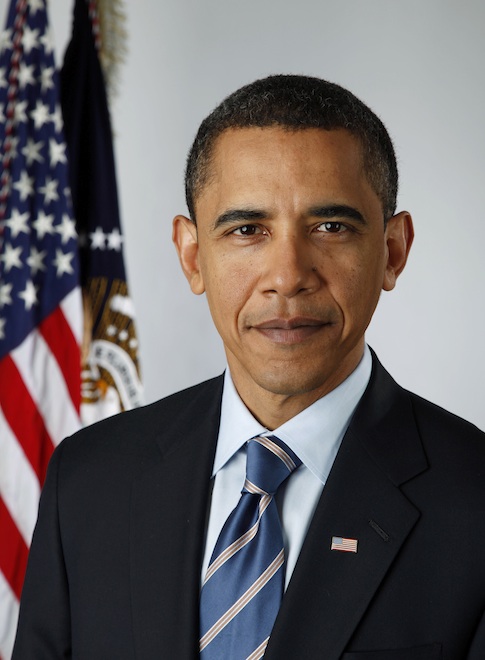 As winter sets in and Occupy Wall Street (OWS) encampments contract, the three-month old movement continues to have a big impact on the campaign trail. President Obama as well as some GOP candidates have adopted OWS concerns and language, while big bank lobbyists and GOP spinmeisters work hard to hold the line, defending U.S. economic institutions and the American "free market" system against what they fear could be a broad-based populist uprising.

The President and the Occupation

President Obama, who was at first stand-offish about embracing the OWS movement, is now using clear "I get it" rhetoric and has aligned himself with the movement's ends. Since October, the President has said the movement expresses the frustrations Americans feel over the financial crisis, the subsequent collateral damage and the lack of a crackdown on the abuses that got our country into trouble. In November, Obama reacted positively towards an interruption by OWS protesters during a speech and turned it to his favor by telling the protesters, "You are the reason I ran for office." In December, Obama channelled his inner Teddy Roosevelt in a speech in Kansas and borrowed OWS language: "I believe that this country succeeds when everyone gets a fair shot, when everyone does their fair share, when everyone plays by the same rules. These aren't Democratic values or Republican values. These aren't 1 percent values or 99 percent values. They're American values."

Obama is now widely expected to make Wall Street reform a central plank in his reelection efforts, although he has yet to put forward concrete proposals.

The GOP and the Occupation

Republican presidential candidates are less sure about how to deal with the OWS movement, and have been struggling to find ways to use it in their favor. In early October, Mitt Romney called the protests "dangerous class warfare," but later that month, at a New Hampshire campaign stop, he sounded decidedly more sympathetic, saying, "I worry about the 99 percent in America ... I understand how those people feel."

In October, during an appearance on CBS' "The Early Show," Newt Gingrich moved in the opposite direction, first appearing to sympathize with the Occupy Wall Streeters' concern about issues like poverty and rising student debt, saying, "Is it really fair to young people -- or for that matter to middle-aged people who go back to school -- to give them an inflated [tuition] price just because you can borrow the money in the short run? You have to pay that money back, and that becomes a big burden." But by late November, Gingrich had become openly hostile towards OWS protesters, calling them freeloaders who feel society owes them everything. "They take over a public park they didn't pay for ... go nearby to use bathrooms they didn't pay for ... beg for food from places they didn't pay for..." Then finally Gingrich said OWS protesters need to "get a job" after they "take a bath."

Rick Perry, somewhat embarrassingly, stumbled onto common ground with the OWS movement over his strident opposition to bailouts. In an October Fox Business television interview with Neil Cavuto, Perry stressed his strong opposition to bank bailouts. When Cavuto pointed out to Perry the striking similarity between his stand on bailouts and that of OWS protesters, Perry did one of his now-signature brain-freezes.

Michele Bachmann has been walking both sides of the OWS fence, simultaneously parroting Gingrich's protesters-as-freeloaders line and acknowledging the existence of a fundamentally unfair political system in the U.S. At a speech before the Republican Jewish Coalition in Washington, D.C., she called OWS protesters a "vocal minority" and said "they want other people to pay for their stuff, that doesn't work in the United States of America...We are here to Occupy America." In the same, talk, though, she acknowledged that "The problem is one set of standards for individual Americans and another set of standards for those who make political donations to candidates."

Break Up the Banks and End the Fed

Two candidates have moved to take advantage of the widespread discontent with the big banks and the economic status quo. Congressman Ron Paul, a thirty-year critic of the Federal Reserve, big government, and big banks, seemed hesitant to embrace the OWS movement, even though his young supporters across the country participated in many Occupations carrying his message on the Federal Reserve and working to advance his candidacy. His consistent position on ending costly wars, ending the Federal Reserve, and radically shrinking the size of government have earned him steady support in the polls and he is now surging in the quirky Iowa caucuses, much to the dismay of GOP operatives who consider Paul a wild card in the race.

GOP Presidential candidate Jon Huntsman has tabled a surprising proposal to break up the nation's largest banks, so that they would no longer be "too big to fail." This effort was attempted, but failed during the Dodd-Frank reform fight. 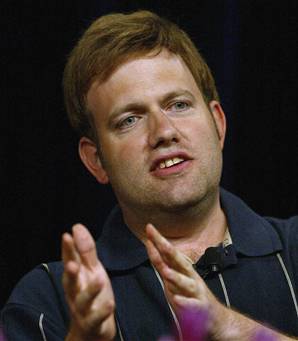 To bring a little discipline to the GOP messaging on the issues raised by OWS, Republican spinmeister and "message development" specialist Frank Luntz hosted a session at the Republican Governors Association's meeting in November in which he coached Republicans about out how to talk about OWS issues.

After admitting that he was "scared of this anti-Wall Street effort. I'm frightened to death," because the movement "having an impact on what the American people think of capitalism," Luntz suggested Republicans avoid talking about "capitalism," and substitute phrases like "economic freedom" or the "free market." He cautioned that when politicians talk about raising taxes on the rich, the public says "yes," but when they talk about the "government taking the money from hardworking Americans," the public says "no." Above all, he coached the audience of Republicans, never ever say the word "bonus," which is guaranteed to anger people. Instead, he said, call it "pay for performance."

Luntz suggested Republican politicians be more empathetic towards the OWS protesters. Let protesters know they "get it," but encourage protesters to focus their anger on the Obama administration instead. "You shouldn't be occupying Wall Street, you should be occupying Washington. You should occupy the White House because it's the policies over the past few years that have created this problem," Luntz told attendees at the RGA meeting.

The American Bankers Association is Spooked

A major K Street lobby shop that represents some of America's largest firms as well as Koch Industries and the U.S. Chamber of Commerce is also very worried. They recently advised the American Bankers Association that they needed to work hard to make sure that the Tea Party and OWS did not join forces against the big banks.

"Well known Wall Street companies stand at the nexus of where OWS protesters and the Tea Party overlap on angered populism... This combination has the potential to be explosive later in the year when media reporters cover the next round of bonuses and contrast it with stories of millions of Americans making do with less this holiday season," the lobby shop opines in a memo first revealed by Hayes on MSNBC.

These spinmeisters put forward a plan to prepare the big banks to respond quickly and collectively to OWS, a plan that entails costly polling in key swing states and key races, costly opposition research of OWS leaders and backers, social media monitoring, "coalition planning" and finally paid advertising campaigns that will be a "potential strategic advantage in a message war against against a grassroots movement like OWS." The cost of just the polling and the plan? $850,000.

There is no doubt that in three short months, the Occupiers have changed the way America and American political candidates talk about the critical economic issues of the day. This trend is likely to continue as new alliances are born (such as the effort by many occupiers to aid families facing foreclosures) as well to influence the electoral process. This week, one group decided to Occupy Obama's campaign headquarters in Des Moines while another launched an effort to "Occupy the Caucus" in Iowa. They are urging Democrats to back an "uncommitted" slate in Iowa in order to press for more progressive policies from the Obama administration.

We 99%ers have a responsibility to educate ourselves about why we are in this congressional gridlock - it is because one man (lobbyist) has, with his 60-word pledge, stopped American Job Opportunities. Please check out: G.A.G. - Groups Against Grover and their website: http://www.pledgeburn.com , blog: http://www.pledgeburn.blogspot.com/ Thank you!