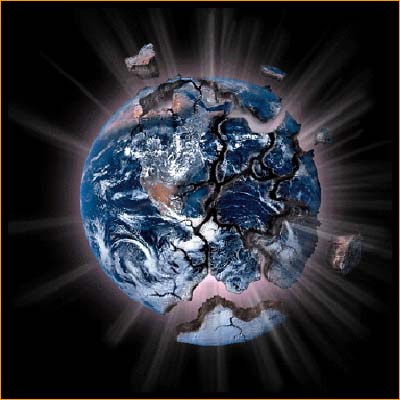 With the help of his media network and legions of donors who have fallen for his PR blitz, Camping has managed to turn what might ordinarily be an obscure and silly, cult-like religious claim into a huge, multimillion-dollar global PR campaign aimed at spreading fear that he hopes will get people "to search for the truth according to God's Will." As president of Family Radio, Inc., Camping controls more than 66 radio outlets and three television stations. He broadcasts his religious programming in over 40 languages, and his shows are heard internationally in places as far away as Moscow, Istanbul and Manila. For months, Family Radio stations have been pumping out word of Camping's apocalyptic prediction. Beyond this, Camping purchased more than 1,000 billboards in cities and towns across the U.S. and Canada, and an additional 1,000 billboards in foreign countries around the globe. He's also bought banner ads, subway transit ads, and even took out a full page ad in a recent issue of USAToday.

All that costs serious money -- but that's not all of his efforts.

Last October, Camping initiated "Project Caravan," in which a fleet of five custom-painted RVs with reflective lettering began criss-crossing the U.S., stopping in cities and towns in almost every state where they disgorge believers who wander the streets distributing leaflets containing word of Camping's May 21 doomsday campaign. In "Project Jonah," groups of people go to foreign countries where they similarly wander the streets distributing "tracts," or leaflets, that tell the citizens of those countries the world is about to end. A slide show on Camping's web site shows photos of his followers handing out leaflets in South Africa and Cameroon, a flat-bed truck outfitted with a traveling billboard driving along the roads in Nicaragua, huge billboards and out-sized Judgment Day banners next to roadways in Samoa, Korea, and more.

If you think Camping's global campaign is silly and harmless, think again. His mission has successfully convinced many people to empty their bank accounts, quit their jobs and devote their "remaining" time on Earth to "saving" others. A retired New York city transit worker reportedly spent his entire life savings -- $140,000 -- on 1,000 bus shelter and subway car ads announcing Camping's May 21 apocalypse. Camping's followers have sold their homes, antique collections and divested themselves of all their worldly goods. Some are spending all their assets down at a rate that will render them completely broke by May 21. Camping says he takes no salary in his position as head of Family Radio, Inc., but he has effectively been getting others to turn over their assets to advance his cause.

Unwilling to let a fanatical religious end-of-the-world scare go to waste, some entrepreneurs have been taking advantage of people taken in by Camping's scare campaign. Websites offer Christian believers services like post-Rapture pet care and the emailing of letters to loved ones who will be left behind after the Earthly disasters. Bart Centre of New Hampshire launched a venture called Eternal Earth-Bound Pets, in which, for a fee of $135, a confirmed atheist will rescue one pet per address within 24 hours of the rapture. Additional pets at the same address are $20 more each. Centre's price used to be $110, but he raised it after the demand increased this year due to Camping's media campaign. Another service called "You've Been Left Behind" promises (for a fee of $14.95) to send letters to non-believing friends and relatives who get stuck on Earth after the rapture.

Camping predicted the world would end once before, in September, 1994. After it did not happen, he merely asserted his calculations were off. Undaunted, he came up with the new date of May 21, 2011. His prior error apparently hasn't dampened his followers' enthusiasm for Armageddon, though. This time, Camping claims to be absolutely positive the world will end as he has predicted. His massive global media campaign aimed at striking fear in people's hearts has been scaring them into pouring even more money into his religious campaign, multiplying its reach more than ever. All this has enabled Camping to draw more media attention to himself than ever before, and pull even more naive people into his scheme.

Not bad for an 89 year old religious huckster whose own days, according to actuarial tables, are limited.

We will see after May 21 what comes next from Camping's Global PR and prediction factory.