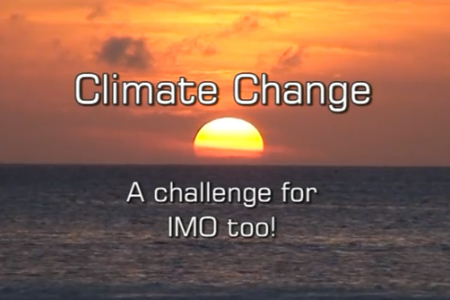 Full Speed Ahead ... To a Work Plan

Indeed, a recent consultants report (large pdf) commissioned by the IMO estimated that "mid-range emissions scenarios show that, by 2050, in the absence of policies, ship emissions may grow by 150 percent to 250 percent (compared to emissions in 2007) as a result of the growth in shipping." The report found that a range of technical and operational measures could "increase efficiency and reduce the emissions rate by 25% to 75% below the current levels."

However, the best way an IMO committee could decide to respond to the report was to promise to give further consideration to efficiency measures after the COP15 meeting, and adopt a "work plan" for further consideration of market-based measures. The work plan, though, won't be completed until 2011, after a replacement to the Kyoto Protocol is likely to be finalized. 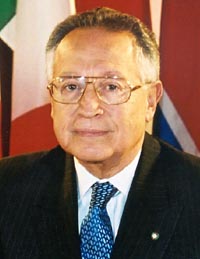 "Despite the failure to gain any agreement on making mandatory cuts, Efthimios E. Mitropoulos, the Secretary-General of the IMO claimed that the committee's decisions should be "recognized as compelling proof that IMO can, indeed, be entrusted with the regulation of international shipping on the issue of climatic change -- an unequivocal message that needs to be heard, and fully understood, all over the globe."

But rather than being embarrassed at its failure over the last 12 years, the IMO audaciously claims that the organization has "an enviable track record" of addressing environmental issues. All it wants, it states in its lobbying note to Copenhagen delegates, is to ensure that the current exemption of international shipping from the Kyoto Protocol be carried over into any new agreement. "Once this is done, IMO will spare no effort to do its duty within any time frame the present Conference decides," the IMO claims.

For its part, the International Chamber of Shipping (ICS), representing national shipping trade associations, is working to position itself as an "honest broker" in discussions in a post-Kyoto agreement. However, the ICS downplays the potential for efficiency gains and argues that "it appears impossible to guarantee any absolute reduction by shipping as a whole, due to the projected growth in demand for shipping worldwide arising from the growing world population and global economy."

While the IMO has been dithering, other groups have been arguing that putting a price on greenhouse gas emissions from both the international maritime and aviation sectors could be a crucial source of funding to allow developing countries to adapt to global warming. A crucial factor in the Copenhagen talks for developing countries is whether or not there will be additional funding for the cost of adapting to climate change.

In a December 2008 report, Oxfam International proposed that $16.6 billion in new funding for the Adaptation Fund could be obtained by 2015 from emissions from international shipping, assuming a carbon price of $45 per ton. They argued that this revenue would come from developed countries only, and come from auctioning off emission allowances.

An alternative to an emissions-trading scheme, Oxfam suggested, would be an emissions levy imposed at the developed country port on the basis of fuel used. "The levy would have to be set high enough to purchase emissions credits from the international carbon market as well as to generate revenues for adaptation, to support technology improvements in the sector, and to support other needs in developing countries," the report proposed.

To date, the best that the IMO has managed to propose is to express "a general preference for the greater part of any funds generated by a market-based instrument under the auspices of IMO to be used for climate change purposes in developing countries". Yet even this limited agreement is not addressed in the IMO's lobbying note to national delegations on Copenhagen.

Could the IMO really pull off a lobbying coup and escape from Copenhagen unscathed? Mitropoulos is hoping delegates to the July meeting of the agency's Marine Environment Protection Committee heeded his call to go forth and lobby their national Ministers of Transport, Environment and Foreign Affairs to support the IMO hanging onto its Kyoto loophole.

The odds are, however, that even normally supportive national delegations will find the magnitude of the IMO's failure over the last 12 years difficult to defend. After all, the best the IMO can point to after a decade is a promise to have more discussions on new efficiency standards in 2010 and a work plan on market-based mechanisms to be completed the following year.

This leaves the IMO with the only remaining hope that, faced with a vast array of unresolved issues, the Copenhagen conference will defer addressing what to do about the shipping industry until next year.

Earlier this year the United Nations (UN) Secretary General Ban Ki-moon warned that "we have less than 10 years to halt the global rise in greenhouse gas emissions if we are to avoid catastrophic consequences for people and the planet."

It is a sense of urgency that is not shared by the IMO. After more than a decade of doing little, one wonders whether Ban Ki-moon is thinking it is time that the IMO was stripped of its responsibility for the shipping sector's contribution to global warming.

Bob Burton is the Managing Editor of SourceWatch.

Many of the links in the above article are to articles on SourceWatch, the Center for Media and Democracy's collaborative online encyclopedia (which has a special section on climate change). You can help add to and improve the existing articles.

If this is your first time editing on SourceWatch, you can register here, and learn more about adding information to the site here, here, here and here. If you have never added material to SourceWatch before, don't worry! Our regular editors are at hand to help get you started.