"Giving Up Faith": The EPA, Dispersants, and the Commons in Chains | PR Watch

"Giving Up Faith": The EPA, Dispersants, and the Commons in Chains 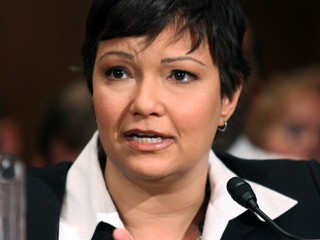 The great environmental activist Derrick Jensen, in an article titled "Beyond Hope," published in the May/June 2006 issue of Orion Magazine, lamented,

Most ... environmentalists are fighting desperately, using whatever tools they have -- or rather whatever legal tools they have, which means whatever tools those in power grant them the right to use, which means whatever tools will be ultimately ineffective -- to try to protect some piece of ground, to try to stop the manufacture or release of poisons, to try to stop civilized humans from tormenting some group of plants or animals. ... [N]o matter what environmentalists do, our best efforts are insufficient. We're losing badly, on every front. Those in power are hell-bent on destroying the planet, and most people don't care. Frankly, I don't have much hope. But I think that's a good thing. Hope is what keeps us chained to the system, the conglomerate of people and ideas and ideals that is causing the destruction of the Earth.

He concludes, "A wonderful thing happens when you give up on hope, which is that you realize you never needed it in the first place. You realize that giving up on hope didn't kill you. It didn't even make you less effective. In fact it made you more effective, because you ceased relying on someone or something else to solve your problems -- you ceased hoping your problems would somehow get solved through the magical assistance of God, the Great Mother, the Sierra Club, valiant tree-sitters, brave salmon, or even the Earth itself -- and you just began doing whatever it takes to solve those problems yourself."

The premise of Jensen's piece was in the back of my mind as I listened to today's Hearing on Use of Dispersants in BP Oil Spill, hosted by the Senate Committee on Appropriations: Subcommittee on Commerce, Justice, Science, and Related Agencies. It is also the central premise of Thomas Linzey's book, Be the Change: How to Get What you Want in Your Community, which in essence, is an environmental activist's handbook. The biggest problem with today's hearing was that its premise was flawed, and as a whole it was just political theater at its finest.

To be sure, at the very least, the hearing was informative. It reconfirmed what PR Watch's Anne Landman wrote about earlier this week, namely, as the title says, the "Environmental & Health Effects of Oil Dispersants [are] a Mystery to BP and the Government." Shocking as it may sound, Lisa Jackson, Administrator of the Environmental Protection Agency really has no clue what the impacts are of shooting dispersants into the Gulf in an attempt to minimize the damage caused by BP's Gulf of Mexico Oil Spill. A very troublesome notion, indeed.

What was most shocking, though, was Jackson's inability to answer even basic questions, which begs the question, "If she doesn't even know the answer to very basic questions, is she fit for the job?"

Chairwoman Sen. Barbara Mikulski, (D-Maryland) prodded Jackson early on in the question/answer session, asking simply, "Does the EPA have the right to tell U.S. Coast Guard to stop using dispersants if environmentally harmful?" Jackson responded obtusely, "I can't answer the question and need to talk to my attorney [about legal niceties]."

Shocked, Mikulski responded, "The Coast Guard, as you know, is meant to be an operational body, so the EPA must be telling them scientific facts." Now on the defensive, Jackson, skillful politician that she is, dodged answering the question: "To this date, I have yet to have any disputes with Thad W. Allen," implying that organizational milieux or mutiny was what Mikulski was asking about, when in reality, she was asking who has authority over whom to do what. These were merely basic organizational questions. Jackson couldn't provide any answers.

Jackson did say, though, that the EPA "remains concerned" about volume of dispersants used thus far, as if glib concern can make up for the lives of the scores of dead animals now floating around the Gulf. Mikulski said she wanted assurances that dispersants would not become the "Agent Orange of this oil spill," with "vile consequences." While a nice sentiment, it ignores the fact that BP has applied nearly 1.1. million gallons of surface dispersant in the Gulf, and over 720,000 gallons of subsea dispersant, according to BP's numbers. The EPA's "science experiment," an apt term given by Aaron Viles of the Gulf Restoration Network, to describe the way the EPA has blindly permitted the use of chemical dispersant without having any idea what its impact would be on the water, on the animals in the water, or on the animals in the water when converted into consumable food. For all we know, it may already have become the Agent Orange of our time.

Later on in the hearing, Sen. Frank Lautenberg, (D-New Jersey) said he has a new proposal, called the Safe Dispersants Act, which would force companies thinking of making use of dispersants to announce all of the ingredients in the chemical mix before the dispersant can be utilized. Again, while a nice gesture, and while transparency is always better than secrecy, when it comes down to it, the EPA would not be halting the contamination of the Gulf on its face, but rather, citizens would now simply know what dispersants are hazardous in the ocean, and then the EPA would set a limit for how much of these known contaminants would be allowed.

We Must Give Up Faith

At the end of the day, it is logic like this, and bills like the Safe Dispersants Act, that demonstrate why the framework of relying on regulatory agencies and legislatures is flawed on its face. It is under their watch that a disaster like the BP oil spill took place. Throughout its short history, the EPA has done a much better job protecting corporations' rights to manhandle the environment than it has protecting people from these same corporations that, left unchecked, would surely destroy the entire ecosystem if it meant earning more money.

So coming full circle, the BP oil spill and all the charades surrounding it, including today's hearing, should serve as a wake-up call of all wake-up calls. Simply put, it is time to stand up and declare, "Enough!" Thomas Linzey, head of the Community Environmental Legal Defense Fund forthrightly sates, "Our activism is limited in the United States. We're, in essence, placed into a box, which is limited by something called corporate rights. Corporations today have the same constitutional rights as you or I, but because of their wealth, of course, they can exercise those rights to a greater extent."

Linzey is emphatic in his emphasis on the fact that equal rights movements have brought about positive change by working with the rule of law and the Constitution so that, instead of fighting against something in a vague manner, participants, through the power of law, progressively create the community they want by working with the law.

It will only be through serious rethinking of how the role of law currently props up corporations, as well as reformulating the way citizens fight for environmental justice within a society that favors corporations over people, that we can create a real environmental movement. Today's spectacle proves, at the least, that concerned citizens can't, and shouldn't, rely upon the EPA to fight that fight.

In closing, consider the words of a fighter for environmental justice, Rep. Dennis Kucinich (D-Ohio), who, in a May 19 press release, stated, "We cannot afford to passively witness the destruction of our natural environment, because written in the oily sands of the Gulf is the degrading of all life on the planet. Our world exists through fragile, interconnected systems of life. Our survival depends upon reconciliation with, not exploitation of, the natural world."

Dispersants, from what I've been told, are powerful detergents. I get dishpan hands while cleaning my dishes. I just can't help but think that the creatures in the gulf are being destroyed, like having to breathe a chemical that "cleans away" the oils and fats that are a part of their body. To an extent it seems to me that letting the oil coagulate into larger and larger blobs, i.e. not using dispersants, would have been the wiser thing to do. At some point the blobs become too big to eat for the smaller creatures and the larger creatures will learn not to eat them. Plus it make raking them up easier. But what do I know?
Stop buying anything made using fossil fuel. Stop using any service which depends on fossil fuel. Jim Miller
Jim, while I think that is a great goal I'm not sure you are aware of how dependant we are currently on fossil fuels. The computers we are typing on are largely made of plastic with is made of ...fossil fuels. Half of our clothes, shoes, furniture, car seats, cosmetics, helmets,..... the list could go on and on. I would like to see us be more environmentally friendly but to stop buying fossil fuels isn't very realistic right now. <a href="http://www.properprice.co.uk">Compare Prices</a>
My good friend declares himself to be a liberal environmentalist. That is until it is about him taking responsibility for himself. Example: He talks about water conservation and waste. Once when his toilet kept running I asked him why he did not do something to stop the flow and waste of good water. His response "it's well water so I don't have to pay for it". Principles are principles. True environmentalist would seek to conserve water regardless if there was a fee attached. This is just one of many examples I notice about a liberal mentality. As long as it's not them!