Help Us With the Bankster Scorecard | PR Watch

Help Us With the Bankster Scorecard 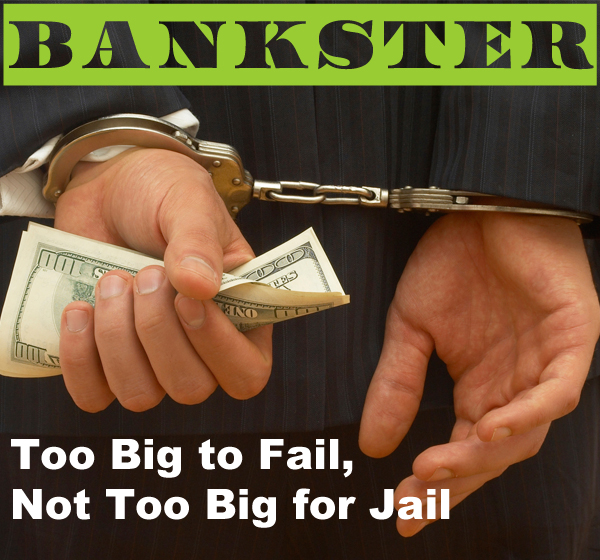 The Democrats have rounded-up the 60 votes needed to pass the bank reform bill. We want to hear from you about what you think of the bill on the verge of passage and what grade you would give it. Conceptually, the bill breaks down into three main parts.

1. Consumer Protection -- The section dealing with the Consumer Financial Protection Bureau is very strong. The Bureau has independent regulatory and enforcement authority over a wide array of consumer financial products such as credit cards, mortgages, and even payday loans. Unfortunately, auto dealers escaped its jurisdiction, but there is no doubt the CFPB will be a new cop on the block policing the safety and soundness of common consumer products. Consumer advocate Elizabeth Warren, who first floated the idea of a CFPB two years ago, is happy with the final result. What grade would you give this section of the bill?

2. Ending the Casino -- Warren Buffet's famous "weapons of financial mass destruction," also known as over the counter derivatives, will be holstered. In a big win for reformers, large Wall Street firms engaged in speculative food and energy derivatives trading will be forced to spin off their derivatives desks into a separately capitalized affiliate, making speculation in these markets much more costly. In addition, all trades will be cleared by regulators and exchange-traded where pricing and positions will be transparent. Capital requirements and margin requirements will apply, putting real money behind the bets. Position limits will apply, making it more difficult for a few players to dominate the market. Though we lost the battle to apply this "spin off" provision to all derivatives trading, the fact that energy and food is covered is a big win for American consumers and small African nations. Former Commodity Futures Trading Commission (CFTC} Chair Brooksley Born, who tried to get derivatives regulated way back in 1999, is happy with this section of the bill. What grade would you give this section of the bill?

3. "Too Big to Fail" -- It is with the big-picture structural issues that the bill falls short. It is true that the new bill will apply tighter capital and leveraging requirements, but these decisions are left to future regulators and international negotiations in Basel, Switzerland. Reformers succeeded in getting a strengthened "Volcker Rule" into the bill, banning proprietary trading and conflict-of-interest trading, but it was weakened by a hedge fund loophole. Reformers succeeded in getting a pretty solid audit of the Federal Reserve, but the bill will not end "too big to fail" because taxpayers are still on the hook for big bank failures. Big banks were not forced to prepay into a fund for future bailouts, and taxpayer subsidies for the big banks were not ended. Too-big-to-fail institutions were not shrunk in size (either with a size cap or a comprehensive derivatives spin-off proposal). Glass-Steagall was not restored. Destructive "naked" credit default swaps were not banned. At the end of the day, Treasury Secretary Tim Geithner is happy with this result. What grade would you give this section of the bill?

If these were separate bills, they would amount to three easy votes. But because they are lumped together, things get a bit complicated. Tell us what you think by adding your comments to this piece and we will issue a Bankster scorecard next week!