When the Going Gets Tough, the Tough Switch the Subject | PR Watch

When the Going Gets Tough, the Tough Switch the Subject 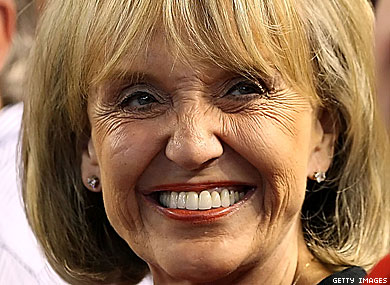 In addition to recommending a professional PR campaign to try and coax tourists back to Arizona in the wake of the state's tough new immigration law, the task force appointed by Governor Jan Brewer suggested that Arizona try to "change the tone of the dialogue" by talking about the effects that tourism boycotts have on vulnerable employees within the state.

Switching the focus of a debate to a more winnable subject, in this case downtrodden workers, is a timeworn PR technique. The tobacco industry deployed it at every turn to avoid talking about health. It is one of the many PR techniques perfected by Big Tobacco that are now in almost constant use by embattled corporations everywhere. Now Arizona announced it intends to use it as well.

A 1993 Philip Morris (PM) internal presentation called Grasstops Government Relations explains how PM, which frequently found itself on the wrong side of public opinion, applied the switch-the-debate technique to gain PR ground. PM's Vice President of State Government Affairs, Tina A. Walls, explains how PM avoided discussion of health and safety issues around tobacco by simply switching to another subject. Walls explains:

...Finally, we try to change the focus on the issues. Cigarette tax become[s] an issue of fairness and effective tax policy. Cigarette marketing is an issue of freedom of commercial speech. Environmental tobacco smoke becomes an issue of accommodation. Cigarette-related fires become an issue of prudent fire safety programs. And so on.

The substitute arguments Walls cited distracted people from focusing on an important fact that could generate outrage and backlash: that cigarettes kill people who use them as intended.

[Note: For more information on corporate PR techniques for distracting the public's attention, visit SourceWatch's article on Tobacco industry public relations strategies. Once you learn these techniques, your life will probably never be the same.]

Like Philip Morris, Arizona wants to take the public's attention off he real subject -- their new law that is probably unconstitutional and infringes on freedom -- and steer the conversation toward a topic that generates more sympathy and avoids blame. The focus on downtrodden-employees is perfect for this. Expect upcoming Arizona ads that talk about the suffering brought upon the states' poor, vulnerable workers, not because the state passed an onerous law, but because of the cruel way people around the U.S. are reacting to it. After all, it isn't Arizona's fault, it's everyone else's.

If Arizona's lawmakers really cared about the plight of vulnerable people, they might have thought a little more carefully before they passed their new law. After all, so much has now gone wrong in Arizona that it simply cannot be fixed with a $280,000 PR campaign.

This is ridiculous. In the famous words of Truman "If you can't stand the heat, get out of the kitchen."
I don't believe people with enough sense will buy their strategy. The "poor, downtrodden people" they're trying to "protect" are probably against the immigration law themselves. I don't think they'll be blaming people from other states, they'll be blaming their own state government for passing that law! There's got to be a better way.
Good observation, comparing to PM. Classic ploy for classic spin.
What percentage of immigrants are themselves vulnerable, low paid? I'd guess that it is the majority. So they want to talk about a tourism boycott affecting low paid employees to deflect from the fact that an immigration ban will be easing the competition for those on a lower wage. I really can't see what Arizona is doing wrong in all this, there needs to be a time when you start to look after your own.
There has to be a better way way then all this. This is just a spin around and around and around. This is obviously a challenging situation with opposition every which way. We should be better.
Interesting comment, EBT (not verified). When exactly did the wealthy and powerful, or the overprivileged mostly white middle class, stop looking after "their own"? Did I miss the salad days where immigrants -- official or unofficial -- were welcomed with open arms and showered with favors? All I can remember is their near constant exploitation: poverty wages working jobs that no one else would work, exposure to dangerous work conditions or toxic chemicals, unsafe and unsanitary living conditions, constant harassment from the law, and often outright slavery. And all this to make a few bucks for the family back home who are suffering because their resources and the fruits of their labor were exported to the U.S. for the benefit of those selfsame bourgeoisie. I guess those glory days are over now. Time for us to look out for our own... So good news, EBT! There will soon be plenty of opportunities for people looking for work picking crops in the hot sun for peanuts; washing dishes in restaurant kitchens or linens in industrial laundries with low pay, no benefits, and exposure to toxic chemicals; or cleaning the toilets of wealthy folks. Get your résumé ready!
I graduated from high school in 1987, some 23 years ago. Even back then, this was a very well known and used debate technique that we used all the time. Not only did we use it all the time, but it was almost always effective because the rebuttals to your switched focus drive the original argument farther away than before. Politicians also do this all the time. So I guess I'm not sure why this is such a noteworthy story. It seems almost natural and expected to me.