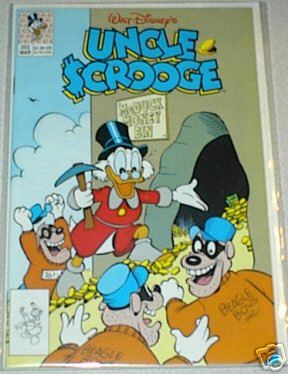 We got an email from Eveline Lubbers today, asking, "Could you please let us know when the money will come?"

Eveline works with a Europe-based group called SpinWatch, whose activities there are broadly similar to the work that we do in the United States at the Center for Media and Democracy. SpinWatch monitors the European PR industry, corporate lobbying, front groups, government spin, propaganda and other tactics used by powerful groups to manipulate media, public policy debate and public opinion.

Eveline's joke about having us send money came after she came across a blog posting by Lene Johansen, who also writes for a couple of conservative, corporate-funded think tanks including Tech Central Station. Johansen said that CMD "runs SpinWatch" and urged people to "check out CMD's dirty little funding secrets at ActivistCash.com."

For the record, CMD does not run SpinWatch, and we won't be sending Eveline a check, much as we think she deserves one. (If you want to send them money, they do accept donations online — but if you send the money to us instead, we promise not to share.)

As for CMD's "dirty little funding secrets," they're not secrets. As we have reported in the past, ActivistCash.com is run by Rick Berman, a Washington lobbyist for the tobacco, booze and restaurant industries. Not only is he a hypocrite who claims to "expose" other people's funding while steadfastly refusing to name his own corporate funders, he's lazy and sloppy with his facts. His supposedly "secret" information about our funding, for example, was taken from our own website, which lists the foundations that have given us money since CMD's inception in 1993, along with our IRS Form 990. If we were trying to keep our funding secret, we wouldn't provide a link to this information on every page of our website, now would we?

Even with our help, though, ActivistCash couldn't get the facts rights. As we have noted on SourceWatch, their supposed profiles of activist groups are riddled with errors. We reviewed what they wrote about us and were mostly impressed by the number of demonstrably false claims that they managed to sandwich into a fairly brief profile.

Lene Johansen, the blogger who thinks she "outed" our secret funding, has also posted something about the fact that scientists think the human brain is still evolving. It would be nice if her own brain could evolve a little faster.