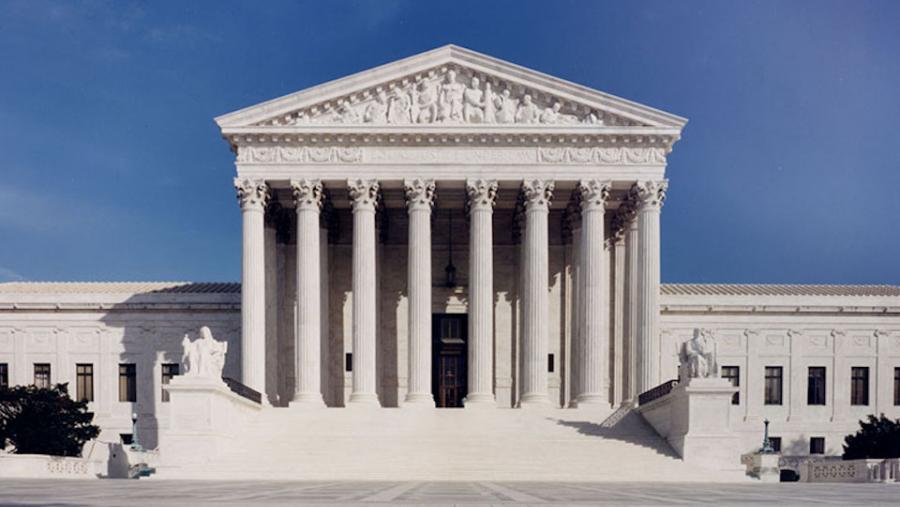 One of Charles Koch's key nonprofits doesn't want to abide by California tax laws that require it to reveal its largest donors to the state, even though that information is kept confidential from the public, and the Supreme Court will consider today whether to take up the case.

The Americans for Prosperity Foundation (AFPF), the "charitable" arm of the 501(c)(4) political group Americans for Prosperity, with $17.3 million in revenue in 2018, is challenging California's donor transparency requirements. Under California law, charitable nonprofits that solicit donations in the state are required to confidentially submit to regulators their Internal Revenue Service (IRS) Schedule B forms identifying donors who gave $5,000 or more in a given tax year. This requirement, which is identical to what the IRS also mandates, provides information the state can use when investigating fraud.

AFPF and its Koch-backed allies argue that this requirement infringes on its "freedom," spinning it as an infringement on donor privacy.

The case, Americans for Prosperity Foundation v. Becerra, made it to the U.S. Court of Appeals for the Ninth Circuit, which ruled in favor of the state of California, maintaining the constitutionality of the requirement. The 9th Circuit concluded that the disclosure law is justified by the state's need to ensure that tax-exempt funds are not used for improper purposes or self-dealing.

Now, AFPF is hoping the Supreme Court, which has a solid conservative majority, will take the case and rule in its favor. The Court is scheduled to consider whether to hear the case at its private conference today.

On Sep. 24-25, dozens of groups submitted 22 amicus briefs to SCOTUS urging the court to take the case. Many of these groups are closely tied to Koch and his political influence and funding network. They claim that the California law restricts their right to freely associate and could risk the safety of their donors.

A CMD review of IRS tax records has found that three Koch family foundations and two donor-advised fund sponsors heavily utilized by the Koch network have donated more than $35.3 million since 2015 to AFPF and 15 of the groups that submitted amicus briefs supporting AFPF's case. The Charles Koch Foundation and the Charles Koch Institute each funded a number of these organizations, which include the Cato Institute, the Texas Public Policy Foundation, and the Philanthropy Roundtable. The David Koch Foundation funded one group, and the two donor-advised fund (DAF) sponsors, DonorsTrust and Donors Capital Fund, have financed many of these same outfits.

Charles and his late brother, David, have used these conservative DAF sponsors to anonymously fund an array of right-wing groups while enjoying additional tax breaks afforded to the DAF sponsors' clients. DAF sponsors offer clients individual investment accounts, which they manage for fees, and donors not only get the charitable income tax break on donations into their funds but are also exempted from capital gains taxes when directly donating appreciable assets, such as stocks or property. Other wealthy right-wing funders such as the Devos, Coors, and Pope families and the Bradley Foundation have used DonorsTrust as well, but Charles Koch is among its biggest benefactors.

Paul Sherman, a senior attorney at the libertarian law firm Institute for Justice, which submitted an amicus brief, claimedthat the unusually high number of briefs indicates a "strong signal about the case's national importance." But it is more likely a reflection of the high priority that Koch-backed groups have placed on hiding their donors from state regulators and, more broadly, the public.

From 2015-18, libertarian think tank the Cato Institute, which Koch co-founded, received nearly $10.3 million from both of Charles Koch eponymous nonprofits and the two Donors groups, including $7 million from the Charles Koch Foundation.

The Austin-based Texas Public Policy Foundation, a think tank that has attacked teachers, questioned climate science, and promoted privatized pension plans, got close to $4.4 million from the two Charles Koch foundations and two DAF sponsors during the same time period. The third-highest recipient was Ohio-based free-market think tank the Buckeye Institute, which scored nearly $3.1 million from the four funders from 2015-18.

The David Koch Foundation, which generally gave to arts and medical organizations, gave the Pacific Research Institute $150,000 in 2017.

AFPF and almost close to all of the Koch-linked groups that submitted amicus briefs are members of the State Policy Network (SPN), a web of right-wing "think tanks," advocacy groups, and other registered nonprofits in all 50 states, Washington, D.C., Canada, and the United Kingdom with combined revenue of over $120 million. SPN received nearly $21.9 million from the two Charles Koch nonprofits, Donors Capital Fund, and DonorsTrust, which provided the most, between 2015-18.

SPN launched a front group, "People United for Privacy," (PUP) in 2016 to protect non-profit donors from public scrutiny and to support efforts at the state and federal level to prevent disclosure of donors to governments. The project was split into a 501(c)3 and a 501(c)4, which are both entirely funded by dark money, including a donation from DonorsTrust. The charitable arm filed an amicus brief with the Independent Women's Forum and the Philanthropy Roundtable. The People United for Privacy website is set up with no reference as to who maintains it.

At the most recent SPN annual meeting, the Koch network was heavily represented, with Americans for Prosperity sending 68 staffers.

In addition, Arizona's attorney general filed an amicus brief in support of AFPF on behalf of 13 states with Republican AGs. That brief was most likely coordinated through the Republican Attorneys General Association (RAGA), a political committee that has received $1.3 million from Koch Industries since 2014. The AGs who signed onto the brief together received $2.5 million from RAGA and more than $125,000 directly from Koch Industries and KochPAC for their campaigns between 2014 and 2018.