Why Is Trump Fighting So Hard to Stop the Recount in Michigan? | PR Watch

Why Is Trump Fighting So Hard to Stop the Recount in Michigan? 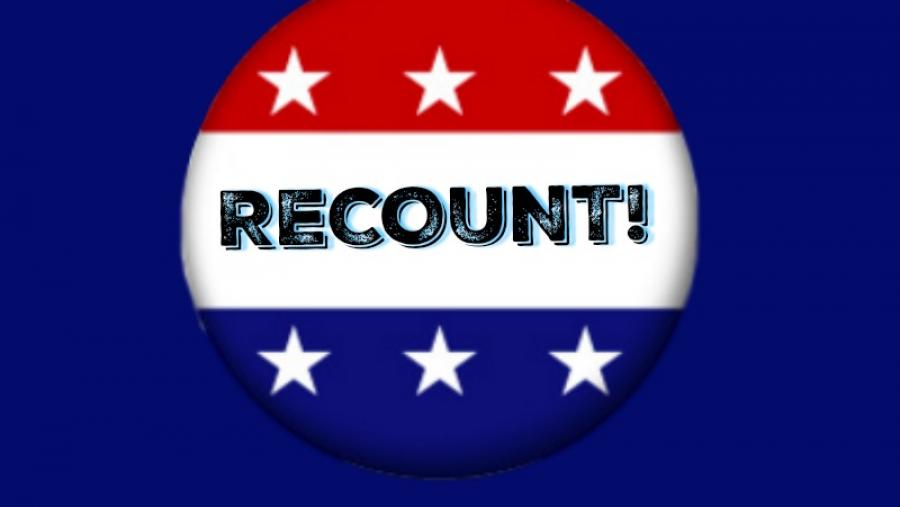 The Trump campaign filed a legal petition Thursday to stop Michigan's presidential recount, saying Jill Stein has no chance of winning and no grievance, and there's no way a hand count can be done before the Electoral College meets December 19.

"Despite being a blip on the electoral radar, [Green Party nominee] Stein has now commandeered Michigan's electoral process," said Trump's petition to Michigan's Board of State Canvasser. "Indeed, on the basis of nothing more than speculation, Stein asks that Michigan residents endure an expensive, time-consuming recount, and the scrutiny and hardship that comes with it."

The Trump campaign called the recount an "electoral farce," ignoring that it has been filed in a state where its candidate leads Hillary Clinton by almost 11,000 out of 4.8 million votes cast, the smallest margin of the final three states that gave Trump an Electoral College majority after election night. (The Green Party is also seeking recounts in Wisconsin and Pennsylvania. Wisconsin began its recount Thursday, while challenges continue in Pennsylvania as the Green Party is filing local petitions at county election boards.)

"She does not allege, let alone explain, how a fourth-place finisher could be 'aggrieved' by the election canvass," Trump's petition said, saying candidates must be harmed to seek a recount under Michigan law. "And even if that could be overlooked, Stein's request would have to be denied because no recount can be reliably competed in the time required by state and federal law" (to meet the Electoral College's deadline).

Trump's objection comes just one day after state officials said they would do a full, statewide hand recount of all votes cast in Michigan, beginning Friday, December 2. Because of the filing, the state canvassers' board, an appointed body that has already pledged its support of the recount, will have to postpone counting until it holds a hearing and issues a ruling within five days. If the recount goes forward, Trump's objections will have delayed the process up to a week and made it that much harder to complete before presidential electors convene.

"You wonder why they are fighting it so hard," said Bob Fitrakis, an Ohio-based attorney who was involved in that state's 2004 presidential recount and has been advising the Green Party in 2016. "Michigan, with its thousands of undervotes [no vote recorded for president] in Democratic strongholds—these people voted the whole ticket but left off Hillary Clinton?"

"They are trying to run out the clock," he said, saying that same delaying tactic was used in Ohio in 2004 when the Green and Libertarian parties filed for a presidential recount in the state where George W. Bush unexpectedly beat John Kerry, despite media exit polls and other indices suggesting the incumbent president would be defeated.

Stein issued a statement blasting Trump's petition to stop the recount, calling it "shameful" and "outrageous": "The recount in Michigan, which has been driven by an outpouring of grassroots support in the state, will go forward," Stein said. "The Michigan Board of State Canvassers and Director of Elections has been a model of professionalism in moving this recount forward in an efficient, transparent manner. Yet the Trump campaign's cynical efforts to delay the recount and create unnecessary costs for taxpayers are shameful and outrageous."

The Green Party filed its recount petition Wednesday, paying an initial filing fee of $973,250 for the state's first presidential recount in more than a half-century. That sum may be adjusted upward once the recount is complete. Her campaign paid Wisconsin a $3.5 million fee for a recount in a state where Trump leads Clinton by 23,000 votes. Stein's statements emphasized that the recount's purpose is to verify the vote and showcase vote count problems, including the possibility the machinery malfunctioned or was hacked.

"The true costs of this recount are the result of elected leaders who have refused to invest in a 21st-century voting system and powerful politicians who are putting up obstacles in an effort to prolong, undermine and stop this recount," Stein said. "But as the overwhelming grassroots demand shows—close to $7 million raised by nearly 150,000 people—Americans are hungry for a voting system they can trust, and they won't let these obstacles get in their way."

On Monday, the Michigan Board of State Canvassers certified that Trump won by 10,704 votes, or a margin of just 0.22 percent of the total vote. But computer scientists and election experts have raised serious concerns about election results in papers filed for the Wisconsin recount. These include the vulnerability of voting machines that can be breached without detection and have a tendency to misread ballot markings. In Michigan, there were 75,335 under-count tallies—votes that machines did not record as selecting anyone for president—nearly double the amount recorded in 2012.

"America's voting machines and optical scanners are prone to errors and susceptible to outside manipulation," said J. Alex Halderman, one of the nation's leading cyber security experts and a professor of computer science at the University of Michigan who filed court papers supporting a recount.

"Paper ballots, like those used in Michigan's elections, are the best defense we have against cyberattacks, but that defense is only effective if we actually look at the paper trail after the election," he said. "That's precisely why we need this recount—to examine the physical evidence, to look under the hood. A recount is the best way, and indeed the only way in 2016, to ensure public confidence that the results are accurate, authentic, and untainted by outside interference."

Steven Rosenfeld covers national political issues for AlterNet, including America's democracy and voting rights, campaigns and elections, and many social justice issues. He is the author of "Count My Vote: A Citizen's Guide to Voting" (AlterNet Books, 2008).