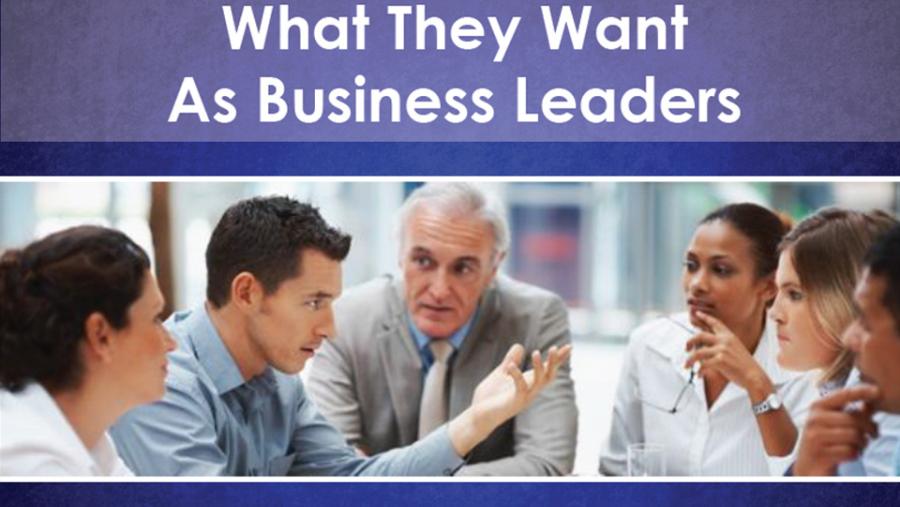 When considering American CEOs as a category, "empathetic" is not the first word that comes to mind. Yet, the fact that these top executives have empathy for their workers is a major take-away from a closed-door webinar about a new poll taken by LuntzGlobal, the polling firm of prominent GOP pollster Frank Luntz.

CMD was provided with a copy of the poll which was shared with business lobbyists, who were instructed on how to manipulate the public debate over those policies rather than implement the views of the business executives who were polled. Below are some of the surprising highlights of the full poll, which you can access here. New materials about this are available here.

The poll was commissioned by Council of State Chambers (COSC) is a little-known association that helps the top lobbyists for state chambers of commerce get on message about the national political agenda of the U.S. Chamber of Commerce, one of the largest and most influential lobbying forces in America.

According to its website COSC "provides a forum for exchanging professional experiences, information and best practices, and insight and ideas to chamber executives." It works closely with the U.S. Chamber of Commerce, which is a member along with most state chambers. 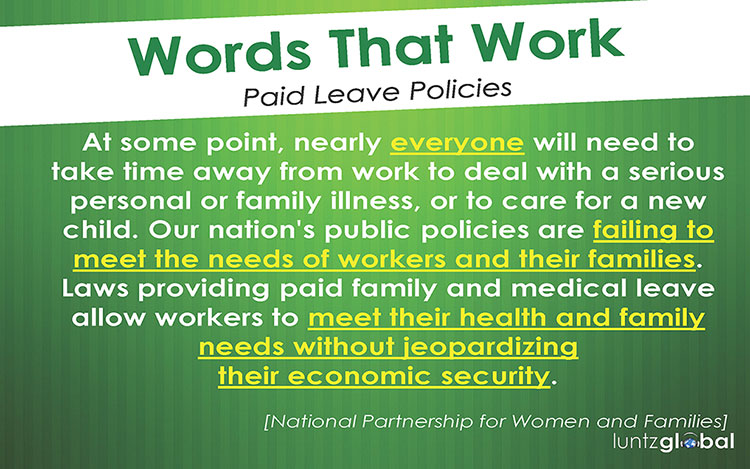 The staff listed on the COSC website actually work for the lobby shop Multistate Associates Incorporated, which specializes in state and local lobbying and state-based legislative tracking. "With offices throughout the country and a network of over 2,000 lobbyists in every state capital, major city and U.S. territory, MultiState is well represented and poised for action," states the website.

LuntzGlobal is a prominent GOP polling and communications firm headed by Frank Luntz. Their website states: "Our analysis of the results will help you learn exactly what your target audience wants ­and needs to hear." David Merritt is the Managing Director for LuntzGlobal. Merritt previously worked for Newt Gingrich and for John McCain in 2008.

There is no force in America that has spent more time and effort to keep wages low than the U.S. Chamber of Commerce and the state chambers that aggressively lobby against increasing the minimum wage. The U.S. Chamber is a $165 million dollar lobby shop (2013 990), which raised and spent $35 million in the 2014 election cycle, according to Open Secrets.

The U.S. Chamber objects to minimum wage hikes because being "involuntarily compelled to act as agents of the federal government in executing and bearing the direct costs of a socio-economic policy" "is obviously unfair," says the Chamber's chief economist who suggests "a more correct approach" gave rise to the Earned Income Credit (EIC).

Even more significantly when CEOs were asked about specific mandates they expressed broad support for raising the wage, paid sick days, maternity and paternity leave, and other progressive policies. 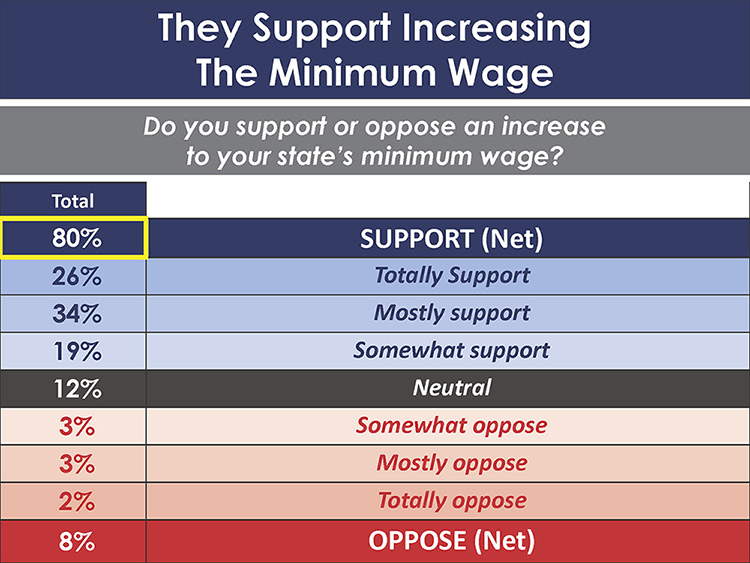 However, when a minimum wage hike was put head-to-head against the earned income tax credit, raising the wage won by a solid margin 54%-46%.

When asked during the webinar about these surprising results, Merritt says: "it is undeniable that they support an increase" in the minimum wage. "My guess is that they are looking a raising it as a priority." "If you are fighting a minimum wage increase, you are fighting an uphill battle." "Most Americans support it, most Republicans support it."

So how does a Chamber of Commerce spin this information in a way that works? "A winning argument is to put it up against other issues where it drops as a priority," advises Merritt. "In isolation it is definitely a winner." 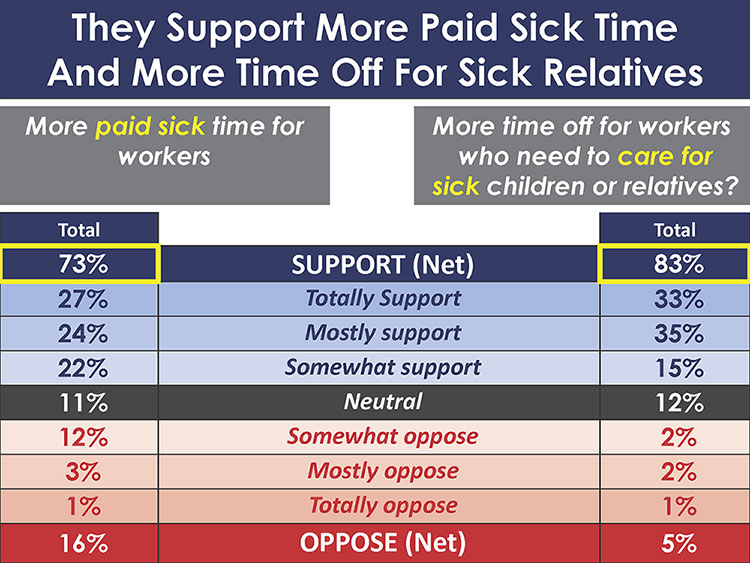 CEOs support paid sick time 73% to 16%. When asked about "more time off to take care of sick children or relatives" CEOs support it 83% to 5%.

The pollsters borrowed "words that work" from the National Partnership for Women and Families, a non-profit public interest organization that advocates for health care and workplace fairness. This language was tested against Chamber language and Luntz language on the topic of paid sick days. 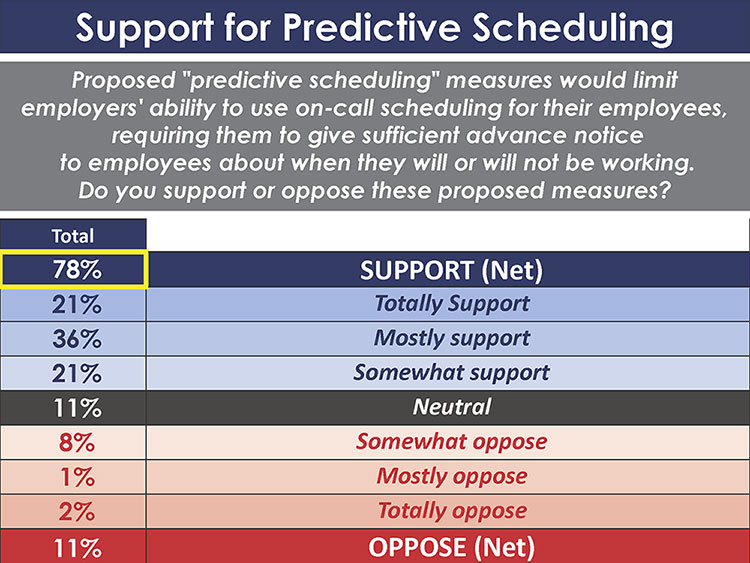 "Predictive scheduling measures would limit employers' ability to use on-call scheduling for their employees, requiring them to give sufficient advance notice to their employees about when they will and will not be working."

Abusive "on-call" scheduling practices at fast food restaurants and chain stores that do not allow employees to plan for the care of their children have recently come to public attention, prompting San Francisco to pass one of the nation's first ordinances to address the problem in 2015. Already industry is talking about preempting such ordinances in certain states.

State Chambers along with the American Legislative Exchange Council (ALEC) have been pushing preemption of living wage, minimum wage, prevailing wage, and other progressive policies promulgated by localities for some time (see the Center for Media and Democracy's 2016 report). Multistate Associates has been supportive state efforts to preempt them.

But when CEOs were asked: "All of these issues may be important but when it comes to where an elected official stands, which issue is the MOST important to you?"

"State preemption of local mandates" was at the bottom of the list at 10%.

Of those who said "state preemption of local mandates are most important" only 18%, the smallest number, were worried about "ensuring local governments do not overly burden businesses when it comes to wages and benefits."

A top take-away for the pollsters? CEOs have empathy for their workers and society as a whole.

Based on the directives to state chamber lobbyists in the webinar, COSC is eager to help chambers of commerce overcome that empathy and continue to oppose legal policies strongly supported by both the American people and the business executives the chambers tell the press and public that they represent.

For more information on this topic see the following resources.

Here is the poll, marked up by CMD.

Here is a short video, on the webinar by CMD.

Here is a copy of the slideshow, marked up by CMD.

Here is a transcript of the webinar, highlighted by CMD.

Here is the link to the longer version of the webinar.

Here is some information about who spoke during the webinar.

Here is some analysis of the polling results by CMD.

Here is an interview about the materials and the efforts to preempt local efforts to increase the minumum wage, paid sick, family leave, predictive scheduling and other popular measures.

Looks like the CEOs are a lot smarter than the Chamber folks. If I produce goods or services, I want my *customers* to have more disposable income. Every low-wage worker is someone's employee, AND a customer to many more companies.
So WHERE IS THE BEEF... Don't tell me the shareholders are opposed and the shareholders have control.... These are the same schleps who SCREWED the 90% for the last 30 years and frankly the horse is NOT GOING to change its color....
Each business owner alone would do the right thing. But they can't because they'd be at a disadvantage with respect to competitors. The solution is government regulation that makes them all do it, and takes it out of competition. That's how capitalism avoids a race to the bottom. That's what we need.